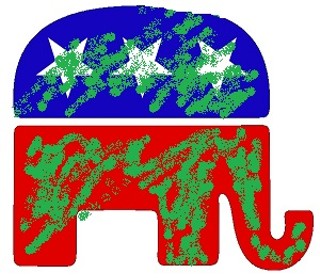 There were electoral shockwaves on Thursday when Judge John Dietz ruled that a petition initiative by the Green Party of Texas was illegally paid for using corporate contributions. What may be most explosive is the fresh revelation that close associates of Gov. Rick Perry were involved in not one but two potentially lawbreaking plots.

What was already known going into Thursday's hearing was that Democrats suspected that Perry's political confidante Dave Carney was connected to a plan to illegally use corporate funds to sponsor a petition initiative to get Greens on the November ballot. During testimony, a new twist was revealed: Other GOP operatives connected to Perry are now alleged to have attempted a similar but unsuccessful plan last December.

During the evidentiary hearing, the star performance came from young progressive activist called Garrett Mize. In his testimony and supporting documents, Mize alleged that he was paid $2,000 a month for six months by Perry's former chief of staff Mike Toomey to convince the Greens to allow him to use up to $250,000 from "interested parties" to get the 45,000 signatures needed for ballot access.

If that $250,000 sounds like a lot, think on this: Legal documents show that Republican-linked groups dropped $532,500 on the Carney plan. The logic seems to be that, if they could get the Greens on the ballot and strip away a few points from the Democrats in statewide races, Perry would have a lot better chance of fending off Democratic gubernatorial hopeful Bill White.

Matt Angle of the Lone Star Project described Mize as "a disillusioned Democrat" who had been "recruited and paid by Mike Toomey in order to propose and convince the Green Party of Texas to use out-of-state money in order to mount a petition-signing effort." As soon as Mize realized that the money was coming from GOP sources rather than wind power activists, "he pulled the plug and he quit," Angle said.

Other sources close to Mize (now a well-liked employee of the Texas Freedom Network) said he was mortified and ashamed that he had been duped into what looks like a potentially criminal GOP plot to use the Greens as a stalking horse come November.

Angle's less forgiving about the Republicans: With Carney and Toomey involved, Angle said, "It's just not credible for anyone to believe that the Rick Perry campaign didn't know and give tacit approval."

The deepest scrutiny may now fall upon the Greens, who will face serious questions of the "who knew what and when?" variety. Texas' baroque electoral system has denied them ballot access for decades (on the other hand, if the Libertarian Part of Texas can get their act together enough for an election slot, it's not impossible.)

The Greens have pledged to appeal the decision to the Texas Supreme Court. Laying out their challenge, the Greens' lawyer David Rogers told the Dallas Morning News that the cash wasn't an illegal donation but a legitimate contribution to cover administrative expenses.

However, this challenge leaves them in an awkward position, since the party leadership had been queasy about both petition efforts. When Mize made his original proposal, GPTX Co-Chair Christine Morshedi voiced concerns that "we don't know who is behind his plans." The Greens also voluntarily agreed to the Dems' request for a temporary restraining order, to allow time for discovery. However, they have also hired Republican lawyer Andy Taylor and have received a letter of support from Republican National Lawyers Association Co-Chair Cleta Mitchell.

Embarrassingly for the Greens, and possibly indicative of their disorganization, as of June 26 their website still lead with the triumphant headline "GPTX Announces Successful Petition Drive." Oops.

So what did the Travis County GOP do amidst these accusations? Put out a typo-riddled press release entitled "Austin Legislators Sell Out Texas to EPA Bureaucracy." Accusing the EPA of "trying to expand their power at the expense of Texas' energy industry because we don't do our paperwork the way they want us to," the TCRP attacked Travis County Democratic Reps. Dawnna Dukes, Donna Howard, Elliott Naishtat and Eddie Rodriguez for signing a letter applauding the EPA's takeover of permitting for the worst polluters. Marilyn Jackson, who is challenging Rodriguez in House District 51, followed this up by declaring, "We will not allow the Federal Government to bully our businesses with arbitrary, politically slanted data."

Of all the days for the GOP to wave green credentials, Thursday was not one.