EPA Region 6 Administrator Al Armendariz has told the Chronicle that if the state doesn’t start issuing federally consistent air permits by June 30, he is prepared to take over the job. Armendariz called from the Gulf Coast, where he's working the BP oil spill, about his plans to make Texas comply with the Clean Air Act.

Armenariz reiterated that he’d prefer to see the Texas Commission on Environmental Quality write air permits for industry that follow federal law, so he does not have to take over issuing air permits. "But I will federalize them, if the state won’t write federally consistent permits," he said. In addition to the Flint Hills refinery permit, which EPA has already taken over, "We’re totally prepared to do all the others," he said. That could include all 40 of the plant permits to which EPA already has objected. But he'd rather not play the heavy: "The state still has the ability to do those permits, if it has a change of heart."

"This action that we’re taking [on permits last week] is just one of the significant issues we have with the air quality program at TCEQ,” he continued. "We have problems with the program itself – the rules they operate under, their processes, public engagement" and on and on. "So this goes far beyond air permits. The program itself also has to be fixed."

Do the problems at TCEQ run so deep that the agency needs to be abolished, and a whole new agency created, under the State’s Sunset Review process this year? Almendariz declined to offer an opinion, as that's a state legislative process. He said, "There are a lot of good things TCEQ does. Our staff work together very well on a lot of important issues. But at the same time, there are a lot of serious deficiencies."

"We can’t allow the good will we wish to have, with the state, to interfere with our federal obligation to enforce the Clean Air Act," he said. "But they do many other things very well."

"The prospect of taking over an entire air permitting program is one that takes many, many months," he noted. So "It’s one we’ll start taking over very, very soon" unless TCEQ "gets its act together."

"I really hope to see examples of corrected permits, that no longer have the serious flaws we’ve identified," said the top regional administrator. But a few good permits won't be enough: "The state needs to demonstrate they are willing and able to write good permits, consistently, for every air quality permit issued by the State of Texas." 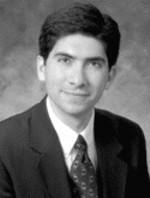 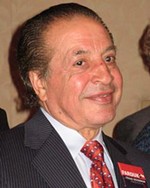