Green, Russell behind in respective races 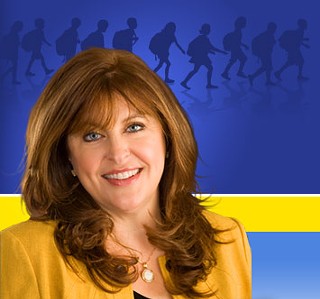 It's early yet, but it's still a truism that a solid lead in the early vote rarely falters down the stretch. If that holds true tonight, the religious right may be getting a smackdown from Texas Republicans in two primary run-off races we're following.

As of this writing, in the Texas Supreme Court Place 3 race, Rick Green – the rabid conservative who made Texas Monthly's 10 Worst Legislators list before being ousted by Democrat Patrick Rose in 2002 – is struggling against the preference of moderates, Debra Lehrmann. He currently has only 47.4% of the vote, with presumably much of the early vote counted and just over 8% of election night precincts reporting. Green is now a spokesman for WallBuilders, a prominent Dallas religious right organization, and as near as anyone can tell, that's about all he can offer in the way of qualifications for a bench seat.

Meanwhile, in State Board of Education Dist. 10, former educator Marsha Farney of Georgetown, billing herself as the "Common Sense Conservative," appears to be whipping Republican Party activist Brian Russell. The latter is the hand-picked successor to loony ideologue incumbent Cynthia Dunbar, who is stepping down after a single awful term that contributed heavily to the SBOE current "national embarrassment" status.

Farney currently holds almost 61% of the vote, with significant leads in every one of Dist. 10's 16 counties, with one glaring exception: The heavily populated Fort Bend County has reported no results yet, because a computer glitch forced polls to stay open until 8pm. Even with that significant omission, it's hard to imagine Farney losing this lead. (WHOOPS, the Fort Bend results just came in and she's smacking him there, too.)