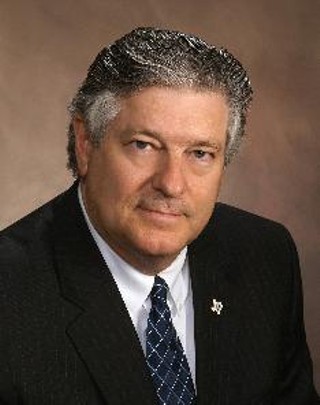 Workman: "Holly Turner may not own any property in Travis County." Oh, Paul, we've been over this before, but there is no property ownership qualification to run for the legislature.

Some days it takes a few reads to parse a campaign press release, especially when a campaign has gone negative. But in his latest attack piece, Republican House District 47 contender Paul Workman seems to be savaging opponent Holly Turner for having student loans.

On Wednesday, Workman's campaign issued a press release entitled "The mysterious finances of Holly Turner and her lobbyist husband" (seemingly the determined campaign by former Laredo resident Workman to portray ex-Fort Worth resident Turner as a carpetbagger wasn't enough.) In it, he showed that his opposition research staff have been pouring over her personal finance statements. What terrible transaction have they discovered? Turner has (gasp! shock!) loans.

Workman's campaign effectively argues that she should have spent the money that her family loaned her for her campaign on paying off her student debts. However, he might want to exercise a little caution over the whole campaign contribution thing.

First up, even with his own highly-touted donor list, his PAC is still carrying $15,000 in loans. As for that donor list, his includes such well-known Austinites as the Houston Associated General Contractors PAC ($12,500) and the Associated Builders & Contractors of Greater Houston ($1,000) plus Houston-based attorneys Fulbright & Jaworski (famous for their "We'll donate to anyone" approach to campaign finance). Not so hot for the man claiming he's running as the Austinite's Austinite.

But what may cause the greatest logical whiplash is that Workman is attacking Turner over personal loans, most of which seems to have been spent on career development (like, y'know, her law degree.) But Workman made his cash in building and development: An industry built on construction bonds, loans and mortgages which are (guess what) forms of debt.

The mysterious finances of Holly Turner and her lobbyist husband

Travis County – Republican candidate and recent Fort Worth migrant Holly Turner reported $88,433.40 in campaign expenses from personal funds in her most recent campaign finance report made available online on April 6. The amount spent in personal funds – roughly 11 times what she raised in contributions – raises disturbing questions in light of the Turner’s personal finances.

Turner’s personal financial disclosure, filed in February of this year, shows no ownership of stocks or bonds, no trust income, and less than $5,000 invested in one mutual fund. The Turners also list staggering debt: more than $50,000 to Bank of America related to two notes, more than $50,000 to American Education Services – presumably for higher education loans – and more than $10,000 in Hinson-Hazlewood loans. They owe an additional liability of at least $25,000 to ACS.

"Holly Turner has poured $88,000 into her carpet-bagger campaign, placing her ambition for office ahead of paying off enormous debt," said Eric Bearse, spokesman for Republican candidate Paul Workman. "It appears the cause of advancing her unbridled political ambition takes precedence over debt obligations to multiple lenders, even if you exclude the note on her Fort Worth condo."

"How can taxpayers have faith she will prioritize spending when she would rather personally bankroll her political campaign than pay off more than $60,000 in student loans," asked Bearse. "This just might be the largest personal expenditure by a candidate whose residence is an apartment. It’s too bad so much money can’t compensate for her lack of time in Travis County, or her failure to be bothered by voting in five straight primaries."

Turner received $70,000 in loans from her family to launch her campaign, including $50,000 from her mother Janet White. Eighty-eight percent of the money she has spent is family or personal money, demonstrating what little ties she has to the district.

Turner filed for office 15 days before she was even eligible to vote for her own candidacy. She ignored five straight primary elections from 1998 to 2006, starting to vote only around the time she met and married her lobbyist husband.

"Holly Turner may not own any property in Travis County, but she is trying to purchase a local seat," said Bearse. "It appears buying an office is more important than paying down her debt. If she will spend this kind of money while carrying so much debt, it makes you wonder how much she will spend as a lawmaker without consideration for what taxpayers already owe government each year."