Politicians and media dance around what to call the plane crash

So what to call yesterday's kamikaze attack on the IRS? The FBI has referred to it as "an assault." Police Chief Art Acevedo called it a criminal act. The media response (collated by Charles Apple at his blog) has used terms like "anger" and "railing" and "enraged."

The one word everyone seems to be dancing around? Terrorism.

Amongst experts in the field, that's the word they're leaning towards. In conversation, one local foreign policy expert said, "It was a violent attack against the system of government. Of course it meets the standard." That opinion was backed today in an analysis by Austin-based risk assessment firm Stratfor. The release cited a U.S. Department of Homeland Security statement saying that they "have no reason to believe there is a nexus to terrorist activity." Stratfor responded, "[We] disagree with this assessment, and apparently so does the U.S. government." The release goes on to cite the definitions of domestic terrorism in the U.S. Patriot Act and argues that it actually fits the criteria perfectly.

The Stratfor response is highly critical of the DHS declaration and expresses disquiet about the seeming fence-sitting by the White House. The statement continues:

The immediate response exemplifies how terrorism in the United States is depicted inaccurately based on the popular perception of terrorism being foreign-based or linked to radical Islamists. But terrorism does not belong to any set ideology or group. It is a tactic, one that can be used by anyone to pursue any ideology.

That immediate response has seen some common sense, and some statements that boggle the mind. Wayne Slater at the Dallas Morning News reports that Debra Medina (whose supporters still seemingly try to claim that she has never espoused bloody revolution) told KTSA that the attack was "an act of desperation" and that, while she rejected Stack's actions, it reflected "the hopelessness many in our society feel."

Even worse came from out of state. It is only through generosity that the newly-minted Sen. Scott Brown, R-Mass., should be forgiven for making the rookie blunder of telling Neil Cavuto on Fox News:

Well, it’s certainly tragic, and I feel for the families, obviously, that are being affected by it. And I don’t know if it’s related, but I can just sense, not only in my election but since being here in Washington, people are frustrated. They want transparency. They want their elected officials to be accountable and open and, you know, talk about the things that are affecting their daily lives. So, I’m not sure if there’s a connection. I certainly hope not. But, you know, we need to do things better.

Yes, he produced something that almost sounded like the "she was asking for it" defense, but it's still not the low water mark in this discussion. At the Conservative Political Action Conference today, Minnesota Republican Gov. Tim Pawlenty let lose this little gem that was superficially in reference to Elin Woods.

She said, 'I've had enough.' We should take a page out of her playbook and take a 9-iron and smash the window out of big government.

Yes, the day after Joseph Stack flew a plane into a glass-fronted building containing an IRS office, killing at least one other person and seriously injuring two others, Pawlenty thinks this is an acceptable statement.

Some have tempered their tone. Acevedo has apologized for "snapping" at the media over their use of the word terrorism. He explained that he resisted its use because of "what people equate that term with" and didn't want people worrying that there would be more planes. His answer, he said, came from his concern that "the common person in the street wants to know" if they should be afraid, and he didn't want to up the ante and cause a panic.

However, the reality is that terrorism is a criminal act. So by saying that this was a criminal act, Acevedo has in no way restricted any investigation or later ruling.

Republican Congressman and House Homeland Security Committee member Mike McCaul had the common sense to admit what should at least be suggested, telling the San Antonio Express-News, "When you fly an airplane into a federal building (to kill federal employees), it sounds like (terrorism) to me." One of the the most cogent responses may be from his fellow local Congressman, Democrat Lloyd Doggett:

Like the larger-scale tragedy in Oklahoma City, this was a cowardly act of domestic terrorism. Stack’s apparent website message reflects the steadily increasing flow of ‘the government is out to get me’ paranoia. That so many have already contributed to a Facebook page as ‘fans’ of this terrorist attack on public servants is a truly appalling expression of extremism, which Americans will overwhelmingly reject.

So why the concern about using the word "terrorism?" Because if we do, if anyone does, then questions have to be asked about people that join pro-Stack Facebook groups, or politicians that are slow to condemn him, or media outlets that feed the anti-social anti-government cant. And the questions will be difficult. And the answers could be traumatic. 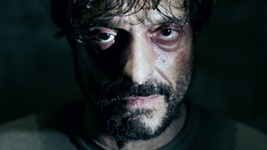 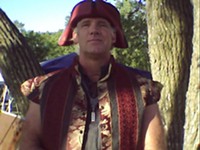