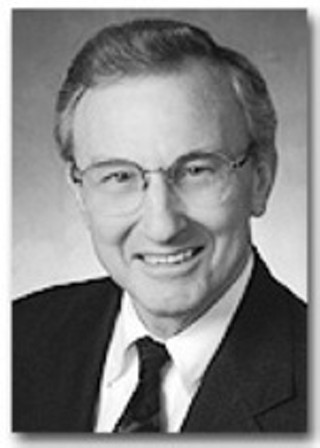 January has been a big month for medical marijuana supporters with lawmakers and activists in at least five states pushing forward with new medi-mari laws.

First up, in Virginia, the state's second most senior GOP representative, Harvey B. Morgan, has introduced a pair of measures that could bring his conservative state into the progressive drug-reform club. House Bill 1136would allow possession of pot by patients with a valid medi-pot prescription and would protect from prosecution doctors and pharmacists who prescribe or dispense pot for patients.

The second measure, HB 1134, would decriminalize possession of up to one ounce of pot, making it a fine only offense. Morgan, a pharmacist who has been a state rep for 31 years, has been putting up with his colleagues, expected, pot jokes, but said that he's confident that, eventually, they'll see things as he does: "I think if they will take the time to see the information that I have, I think they will take it more seriously," he told the Associated Press. (Decrim and tax-and-regulate laws have also been proposed in New Hampshire, where a medi-pot bill was vetoed by last year, and were heard in a public safety committee this week. "Regulating marijuana makes sense not just because of the money it would save New Hampshire, but because prohibition clearly causes more problems than marijuana itself," Republican Rep. Calvin Pratt said in a press release.)

In South Dakota, medi-mari advocates have gathered more than twice the number of voter signatures needed to get the Safe Access Act on the ballot in November. The measure would allow for possession of up to one ounce by qualified patients. SoDak voters voted down the measure in 2006 (it earned nearly 48% of the vote) and the proposed law failed to get out of a legislative subcommittee in 2009 (it lost by four votes). But now supporters of the measure have gathered roughly 30,000 signatures to get the measure back on the ballot. Supporters are, naturally, optimistic. "Now that South Dakota is closer than ever before in passing a law that would protect MS and other patients we are finally beginning to feel a sense of relief from a day-to-day fear of unwanted, undeserving, criminal attention and the dangers associated with a malignant black market," said Patrick Lynch, the measure's sponsor with the South Dakota Coalition for Compassion and the former chair of the North Central States MS Society.

Maryland lawmakers are set to announce today (Jan. 26) the introduction of a bipartisan medi-pot bill there that would allow possession and use by qualified patients. Currently, Maryland law only provides for an affirmative defense to possession if arrested, but does not preclude a criminal conviction. The bill is being introduced by Baltimore Democratic Del. Dan Morhaim and sponsored by Republican Sen. David Brinkley. "As a cancer survivor, I feel that it shouldn't be the policy of this or any other state to arrest, prosecute or imprison a person who uses marijuana under a doctor's advice to alleviate pain and suffering," Brinkley said in a press release. "We don't want the government to interfere with the doctor/patient relationshp in any way," he continued. "If you disagree with me, I ask: would you call the police on a family member who confided in you that they were using marijuana under a doctor's order to ease their suffering from cancer or MS?"

Finally, Democratic lawmakers in Missouri and Alabama have also introduced medi-pot bills that would allow patients with certain medical conditions to use pot to alleviate their symptoms.