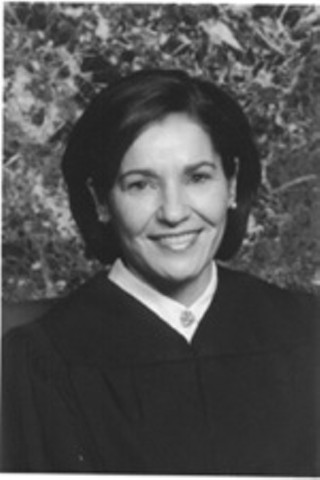 According to State District Judge David Berchelmann, Court of Criminal Appeals Presiding Judge Sharon Keller should not be removed from office for her failure in 2007 to keep the court open for a last-minute appeal by Michael Richard.

In fact, Berchelmann wrote in his findings of fact that Keller's "conduct … does not warrant removal from office, or even further reprimand beyond the public humiliation she has surely suffered." Whether the State Commission on Judicial Conduct will agree with that conclusion remains to be seen.

Keller was tried last summer on a string of ethics charges brought by the SCJC connected to the execution on Sept. 25, 2007, of Michael Richard. Richard's attorneys with the Texas Defender Service had sought a stay of execution based in part on the U.S. Supreme Court's decision that day to hear a Kentucky case challenging the three-drug lethal injection method of execution. Although the court ultimately upheld the cocktail method of execution as constitutional, the decision to take the case imposed a de facto moratorium on executions until the court issued its decision in April 2008.

On the day that Richard was to be executed, TDS was unable to finish preparing its appeals until after 5pm; that afternoon, a TDS paralegal called the court's deputy clerk to inquire about whether it could file the appeal after 5:00, the time at which the clerk's office would close. The deputy called then-General Counsel Ed Marty who in return called Keller, who was at home, to ask about accepting the late filing. Keller reportedly told Marty the court would close at 5pm.

What Keller meant by that has been the subject of much debate: Was Keller saying that the clerk's office would close at 5pm, or that the court itself would shut its doors? More than two years later the answer remains unclear, noted Berchelmann. "Most likely, [none of the court employees] was making a precise distinction between the two," he wrote in his 16-page findings of fact.

Regardless, there were other ways for TDS to file the appeal, notably, by contacting directly the other judges on the court to ask if any of them would accept the late filing – had TDS done so (the judges' phone numbers are in the telephone book, he noted), the lawyers would've found that Judge Cheryl Johnson, the duty judge assigned to the Richard case, was ready and waiting to accept an appeal. This was a "vital mistake" by TDS, Berchelmann wrote. (Moreover, he noted that TDS should have had its lawyers call the court to confirm whatever information the paralegal had learned from Marty. Had they done so, he wrote, "they likely would have been able to present a lethal injection claim. Their error does not implicate Judge Keller.")

Because no final appeal was filed with the CCA, the federal courts were unable to intervene and Richard was executed on a day that he otherwise likely would have lived.

Indeed, Berchelmann found that the lion's share of responsibility for the failed appeal rested with TDS. While TDS originally claimed that major computer problems hampered their ability to get the appeal in on time, the judge noted that there was no evidence to support that claim. As it turns out, TDS' computer problems that day had to do with internal email communications. "Much like a lot of the other allegations in this case, the 'serious computer crash' story seems to be an embellishment that was blown out of proportion by the media," Berchelmann wrote. "[T]he TDS has only itself to blame for not having the pleadings prepared by 5:00."

That said, Keller's action – or, inaction – did not escape Berchelmann's scrutiny. Keller "certainly did not exhibit a model of open communication," he wrote. Keller should have been more "forthcoming" with Marty, telling him, "at a minimum," that he should direct communications to Judge Johnson who had stayed at work late in anticipation of an appeal. Or Keller could have called Johnson herself, he wrote. Although under Texas law it is Keller's call on whether to keep the clerk's office open late, her refusal to do so was not "nefarious or a purposeful attempt to circumvent" the court's execution-day procedures, he wrote. Still, her decision not to keep the doors open "might have exhibited poor judgment," Berchelmann wrote, and she "certainly exhibited poor judgment in not reminding Marty" of proper procedure and in failing to notify Johnson that TDS wanted to file late.

The SCJC will now consider what to do. The Commission is not bound by Berchelmann's findings and may reprimand Keller, or could even decide she needs to be removed from the bench. But Keller's lawyer Chip Babcock said in a statement that Keller is "gratified" by Berchelmann's decision. Although she said in court that she if she could, she would not change any of her actions on that day, Babcock said that Keller takes to heart Berchelmann's "advice that she should strive to be more collegial and that the court’s internal communications should improve."

Indeed, in his ruling, Berchelmann noted that Keller was not completely innocent in what happened in the Richard case: "Judge Keller's conduct … was not exemplary of a public servant," he wrote. "She should have been more open and helpful about the way in which the TDS could present the lethal injection claim to the [CCA]," he continued. "Although she says that if she could do it all over again she would not change any of her actions, this cannot be true. Any reasonable person, having gone through this ordeal, surely would realize that open communication, particularly during the hectic few hours before an execution, would benefit the interests of justice."