Earle: "Inequality in Texas is steadily getting worse, with very few rich people, a great many poor people, and fewer and fewer in the middle." (Photo by Jana Birchum)

"You can tell a lot about a person by the wash hung out on the line," Ronnie Earle told the NXNW Austin Democrats. The retired district attorney and candidate for the Democratic nomination for lieutenant governor was at his folksy best Monday night, recalling a time before "the atomization of neighborhoods [by] television and air conditioning."

Earle is opposed by longtime AFL-CIO official Linda Chavez-Thompson and Austin restaurateur Marc Katz, but this was not a formal endorsement meeting and Earle was the evening’s solitary keynoter. (There might not have been more primary candidates than voters in the Sherlock’s Pub audience, it only seemed like it.)

He recalled his prosecutorial emphasis on "reaching out to the community" in a proactive way (Earle was on the way to the funeral of David Laibovitz, the Downtown prosecutor whom Earle described as the state’s first "neighborhood district attorney") and credited that approach with cutting the Travis County crime rate, and specifically the murder rate, roughly in half over the last generation. By contrast, he pointed to "a community north of here" – an unnamed Williamson County – where "their philosophy seems to be, kill ’em all and let God sort ’em out, yet their crime rate is higher than ours." The point of law enforcement, he argued, "is peace and safety, rather than revenge."

Earle said his year’s retirement got him considering the state of the Capitol, and that he is running to combat trends toward greater injustice, greater inequality.

During the Q&A, Earle said his legislative priority was for a more equitable tax structure, one "not weighted heaviest against those least able to pay … and resting gently on the wealthiest. … Inequality in Texas is steadily getting worse, with very few rich people, a great many poor people, and fewer and fewer in the middle."

Asked about the State Board of Education, he said, "In the first place, the members of the SBOE ought to get educated" and not rely on ideas long discredited by science. He argued (not quite convincingly) that the governor remains largely a figurehead, and that the lieutenant governor remains the most powerful official in the state. He said reforming the tax structure would allow educational expansion of both pre-kindergarten and higher education, meaning economic development for the future of Texas: "right now we’re shooting ourselves in the foot." He pointed to his experience (while a legislator) at paroling small-time marijuana offenders: "We send way too many people to prison [and thereby] make better criminals of them." He endorsed a state "cultural" shift to more public transit, and said he would address extreme partisanship and gridlock in the Senate by “bringing the public in.”

Prior to Earle’s address, there was a speed-dating intro of the candidates, all judicial: Cliff Brown, Amy Clark Meachum, Karen Sage, David Crain, Olga Seelig, John Lipscombe, Mindy Montford (a bit late), and (by proxy) Karin Crump … and Davis Jones, an early hopeful for the May Austin Community College board election.

There’s more where those came from … 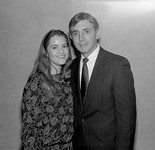 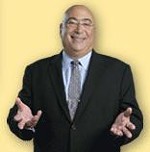