Out of the Race to the Top 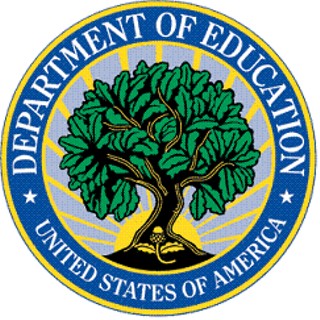 No shaking the funding tree for Perry

After Gov. Rick Perry announced that he will take a pass on $700 million in federal Race to the Top education funds, both teachers' bodies and legislators have weighed in on his decision. But the governor shouldn't take too much succor from other opponents of the application, who have a very different take on its flaws.

In his announcement, Perry said, "If Washington were truly concerned about funding education with solutions that match local challenges, they would make the money available to states with no strings attached."

Two of the largest educator agencies have released statements that back rejecting the cash, without necessarily endorsing Perry's decision-making process. Texas Classroom Teachers Association executive director Jerri Stone wrote, "From our perspective, seeking these grant funds would be a classic 'be careful what you wish for' situation. Texas public schools would face significant policy shifts, concessions, and related costs if we were granted the limited, one-time funds available under the RTT program."

The Texas American Federation of Teachers echoed that and said, "The Race to the Top rules for sanctioning schools with low test scores actually would take the state backward. These federal rules would rigidly require removal of the principal and half the faculty at a targeted campus, without discretion." However, Texas AFT President Linda Bridges added that this means they are opposing the application for very different reasons to Perry and that, while they would be quite happy to support a national curriculum on core issues like reading and arithmetic, the rules about school closures and restructuring are too tough and not backed by research as being efficacious.

Democrats have fired back at Perry's actions as fiscally irresponsible. Rep. Jim Dunnam, D-Waco, and chairman of the House Select Committee on Federal Economic Stabilization Funding, wrote, "By throwing in the towel before the competition has even begun, Governor Perry has officially won the race to the bottom … Throughout the spring, virtually every time [Texas Education Agency] Commissioner Robert Scott came to testify in front of my committee, he talked about Race to the Top. It's hard to understand why, after the TEA spent 800 hours preparing the application, Perry wouldn't even bother to send it in."

Sen. Leticia Van de Putte, D-San Antonio, added, "To my knowledge, Texas may be the only state to forgo this opportunity … It is unfortunate that as the 2010 Texas Governor’s election approaches, the 4.6 million children in Texas’ public school system have become pawns in a re-election campaign."

Rep. Diana Maldonado, D-Round Rock (and a former Round Rock ISD trustee), issued her own press release criticizing the loss of the funds and said, "There has been a lot of rhetoric used recently in regards to the value of economic development, but true economic development can only take place when we provide our students with a quality K-12 education in the classroom."