With the widespread confusion and proclamations by armchair generals regarding Pres. Barack Obama's Dec. 1 plan for increased troop levels and redeployment in Afghanistan, we thought, Here's a crazy idea: Why don't we ask someone who's actually been there, like elections expert Dan Grant. 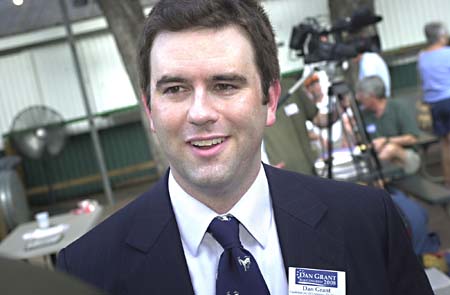 While a lot of Austinites may remember him for his 2008 Democratic congressional primary run, Grant has spent much of the last decade working with governmental and international elections and reconstruction agencies in some of the hairier regions of the world, including Bosnia, Herzegovina and Iraq. He worked with USAID and other international organizations on projects such as the Afghanistan central bank reconstruction and the 2003 loya jirga which drafted the nation's new constitution. He's done voter fraud checking in Mosul and been closer to a car bomb than most people would like. In total, he's spent a little over two years in Afghanistan and these days, he helps train state department civilian and military personnel on what to expect there.

Grant's overall approach to the situation can be boiled down to "fix what you broke." So what's his take on the current proposal?

First, the background. "Obama, coming in, reacted to what was effectively policy aimlessness and drift on behalf of the Bush administration for the majority of the time we have been there." The new strategy is based on the assessment he requested from Gen. Stanley McChrystal. What Obama asked for, Grant said, was "an honest-to-goodness cold assessment of what it would take to stabilize Afghanistan." The end game is creating "enough space for us to withdraw and not have chaos follow." 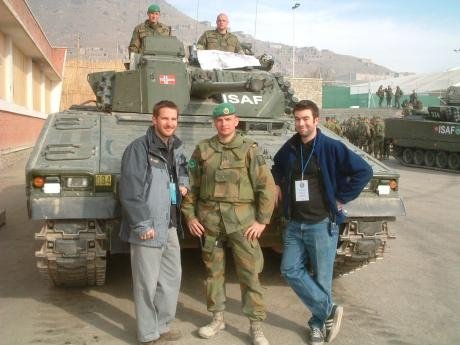 McChrystal asked for an extra 40,000 troops to implement a new strategy: Obama took that under advisement and then listened to other experts. As a result, Grant said, "Essentially, he has agreed with McChrystal's assessment, but has said it will be 30,000 troops, with the intention of using them to lock in gains that have been made, and then create more peace that will solidify itself, then begin a stage withdrawal 18 months from now in the middle of 2011."

Grant proposed that this is not analogous to the Iraqi surge, of which he was critical. The big change, he argued, is not the numbers, but a shift in strategy to counter insurgency and community protection. Grant said, "It's no longer going to be a game of cat and mouse, hunting down Taliban elements and eliminating them. It's now going to be more about making sure that the residents of Herat and Kabul and Jalalabad can go on with their daily lives." Stabilize day-to-day existence, give the Afghan government room to develop and prove its efficacy, then no-one will look to the Taliban as a viable alternative.

This actually seems pretty obvious stuff, which begs the question, why wasn't it done before? Perversely, the US forces in Afghanistan were so under-resourced that they could neither stay effectively or withdraw cleanly. "There was an old saying under the Bush administration: If you ask for anything in Iraq, expect double. If you ask for anything in Afghanistan, expect to be disappointed." 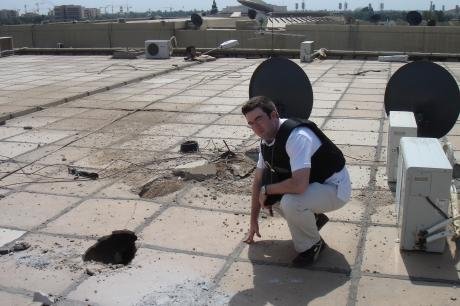 The end game is withdrawal, but why would this military drawdown possibly work any better than when the Russians withdrew in 1989, leaving a power vacuum for the Taliban to occupy? "The nature of the government is entirely different to the one the Russians left behind." The 1989 government, he argued, "was effectively installed and didn't have a great deal of support. The Mujahideen, who drove them out, were effectively an organized and Western-backed series of armies that were able to take advantage of the absence of the Russians." This time around, he added, "You have a much more legitimate and stronger government that has a broad base of popular support. Even if people don't like [Afghan President Hamid Karzai], they're supportive of the government as an institution, the police as an institution, and the Afghan army as an institution."

Karzai remains key. Grant explained, "While he is a figure that elicits mixed opinions from Afghans, he has broad support, and a plurality of it, certainly amongst the largest ethnic group, the Pashtuns, and somewhat grudging amongst others." While the Taliban and other groups remain fearsome, they lack the powerful foreign backers of the 1980s and are nowhere near as powerful as the Mujahideen were.

Politically, Grant argues, this is somewhat a no-win situation for Obama. "He's trying to be as apolitical as possible and just look at the facts of the simplest and fastest way to stabilize the situation to the point where we can withdraw without it undergoing collapse, but he's doing that with the knowledge that 50 percent of the population is not in support of the war." Ultimately, Grant argued, "He is doing the responsible thing in Afghanistan, but he will definitely get knocked around for it domestically." 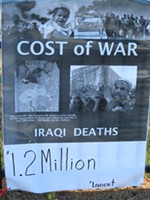