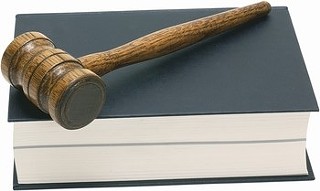 Entering the political fray for the first time as a candidate, Austin criminal defense attorney Keith Hampton on Nov. 4 filed paperwork to run as a Democratic candidate for the Court of Criminal Appeals seat currently held by Judge Michael Keasler.

Hampton is well-known in the Travis Co. courthouse and also in the Texas Capitol where he has worked as legislative director for the Texas Criminal Defense Lawyers Association. Hampton has handled many notable cases in Austin (including the successful appeal of LaCresha Murray who was convicted of killing a toddler when she was just 11, based largely on a confession obtained illegally by police), and notes that if elected he would be the only judge on the court to have handled death penalty cases during every stage of litigation – a not insignificant issue since the CCA is the highest criminal court in Texas and the only appellate court that considers capital punishment appeals.

The CCA has been an all Republican court since 1998 (when Keasler was first elected to the bench – incidentally, replacing the court's last Democrat, now Travis Co. Judge Charlie Baird) and has been under increasing scrutiny for controversial decisions – including the decision in September 2007 of its Presiding Judge Sharon Keller who effectively shut off the ability of condemned inmate Michael Richard to file a last minute appeal by announcing that the clerk's office closed at 5pm.