By Richard Whittaker and Jordan Smith, 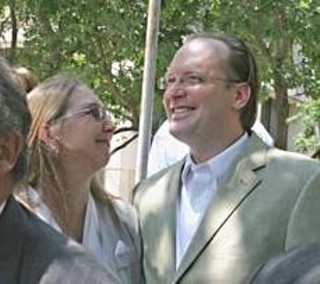 Major news in the trial of Robert Springsteen and Michael Scott for the 1991 Yogurt Shop Murders. State District Judge Mike Lynch has dismissed all charges against the pair.

This directly from Jordan Smith at the court house:

State just asked for dismissal of all charges pending further investigation to find DNA donor. Say they see no other option but to ask for dismissal at this time. Judge grants motions as to each indictment as to each of the defendants.

Springsteen and Scott were originally convicted in 2001 and 2002 respectively on the basis of extremely controversial (and finally recanted) confessions (the cases against the other two men charged in the crime, Maurice Pierce and Forrest Welborn, collapsed for lack of evidence). Eventually, the Criminal Court of Appeals overturned Springsteen and Scott's convictions and the case was sent for retrial. With new DNA evidence casting further doubt on the convictions, both men were released on their own recognizance in June.

Today I presented to Judge Mike Lynch motions to dismiss the cases against Robert Springsteen and Michael Scott, the defendants in the murder of four teenage girls at the Yogurt Shop on December 6, 1991. Judge Lynch has signed the orders dismissing those cases.

While preparing for trial in March 2008, we submitted various evidentiary items for YSTR analysis, a relatively new method that looks for male DNA only. That testing revealed the full YSTR profile of one male whose identity and involvement in this case was unknown to us. Since this discovery we have tested samples from many individuals, but the identity of this man still remains unknown to us.

At this time, we have two options:
1. Dismiss the case pending further investigation; or
2. Proceed to trial

Therefore, because the male donor’s identity is still not known, we have no choice but to announce that we are not ready to proceed to trial and ask for a dismissal of the cases pending further investigation.

Make no mistake, this is a difficult decision for me and one I would rather not have to make. I believe it is the best legal and strategic course to take and is the one that leaves us in the best possible posture to ultimately retry both Springsteen and Scott.

In the previous trials of Robert Springsteen and Michael Scott, the statements of both defendants were introduced at each trial. The juries were able to see and hear how the two statements fit together and related similar facts and details about the murders. The appellate court found these statements to be voluntarily given but reversed the convictions and we now know that when we try the cases again we will only be able to use the individual statement of the defendant on trial.

Given that we now have unknown DNA evidence in the case, I believe it would be imprudent and, in fact, unfair to proceed to trial at this time. It would be unfair to the jury hearing the case, to our community, and most of all, unfair to the victims of these devastating crimes and their families, who have patiently endured all of these years. While I remain confident that Springsteen and Scott are responsible for these murders, going to trial and risking a result that could forever prohibit future trials of these men is a risk I will not take.

My office and the Austin Police Department remain committed to these cases and our investigation will continue. As the science improves and DNA databases expand, we will identify this donor and proceed to trial. There is no statute of limitations for murder. We will continue until the persons responsible for these horrible murders are brought to justice. 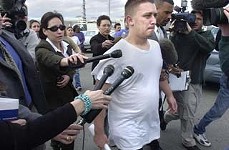