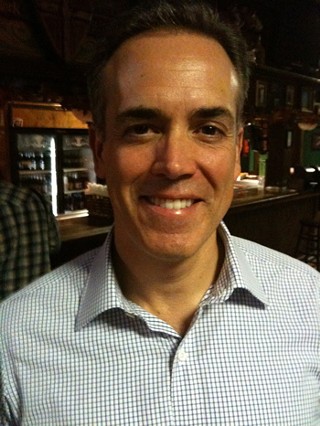 The next congressional election is still over a year away, but the race for the Texas 10th District is already heating up. Despite three previous Democrats coming up well short in attempts to unseat Republican Michael McCaul, Austin’s Jack McDonald, the CEO of information technology consulting firm Perficient, says his run is not quixotic.

“I did a lot of study before I jumped in,” he told the North by Northwest Democrats Monday night. He also apparently did his homework on fundraising: According to the Sept. 30 fundraising reports, he’s already raised $932,613 (only $27K of which came from his own pocket), and still has $805,308 on hand.

Compare that to McCaul, who’s raised $1.2 million – including a $500,000 loan from himself, with $891,906 on hand. The previous best challenger to McCaul was Houston trial lawyer Larry Joe Doherty last year, who raised $1 million total, and got 43% of the vote.

McDonald says Doherty’s mistake was not being aggressive enough in the northwest Harris County portion of the district, where “the average Democrat gets 31%. We don’t have to get to 51%, but we have to take that 31% to 36% or 37%.”