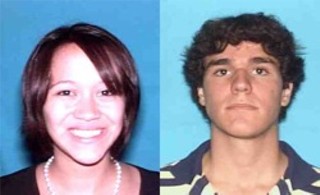 Thompson has been charged with capital murder for the July 21 killing former UT students John Goosey, 21, and Stacy Barnett, 22, who were found shot inside the apartment the couple shared on W. 21st Street.

Spangler said police believe the slayings were motivated by money: Thompson owed Goosey a "substantial sum" for marijuana Goosey had fronted him and was unable to pay it back. Spangler said investigators believe Thompson felt he had no other option that to "kill the person he owed that money to."

The "unfortunate" circumstance in the double homicide, Spangler said, was that Goosey was dealing pot -- and, it seems a good deal of it. Goosey was a mid-level if not "higher level" dealer, Spangler said, and police believe he'd been involved in a business relationship with Thompson for at least three years.

Spangler said investigators have found no evidence that Barnett was involved in, or was even aware of Goosey's pot business.

An anonymous tipster provided investigators with information that dovetailed with leads and evidence they'd already picked up, and directed their attention to Thompson. Police served a warrant late Friday night at the South Austin home where Thompson lives and, finding marijuana inside, arrested the teen.

After a series of interviews with detectives, during which Thompson admitted his involvement in the murders, the charge was increased to capital murder -- punishable by up to life in prison or the death penalty. (Thompson is still in jail without bail.)

Spangler said the investigation is ongoing and that additional arrests are possible.