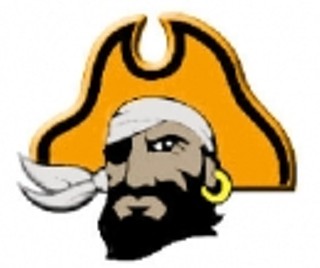 The Pearce Pirate faces the same fate as the Johnston Ram

In an announcement that has rocked Austin ISD staff and parents, School Commissioner Robert Scott has announced that Pearce Middle School will close before the beginning of the next school year.

The decision has been greeted with dismay. "It stinks," said Board of Trustees President Mark Williams. "I don't understand his rationale of how this is in the best interest of children."

We'll have more responses as the day goes on. Find the full announcement from the district after the jump.

The Austin Independent School District received formal notification from Texas Education Commissioner Robert Scott that he is ordering the closure of Pearce Middle School, effective with the 2009-2010 school year.

The Texas Education Agency (TEA) determined that Pearce Middle School would again be rated /Academically Unacceptable/ (AU), for the fifth consecutive year, and stressed that it has been rated AU or low-performing for eight out of the past 10 years for which campus performance ratings have been issued. The letter states:

"This pattern of continuing low performance is not acceptable and currently is unmatched by any other campus in the state. I [Commissioner Robert Scott] am therefore ordering the closure of the Pearce Middle School effective with the 2009-2010 school year."

"I am disappointed and respectfully disagree with the TEA decision," said Superintendent Meria Carstarphen. "The Pearce community has come together to ensure that our children know it's important to be strong academically, work hard, be persistent and achieve high standards.

Their efforts resulted in significant and meaningful improvement and I believe that under the new law, Pearce could have stayed open and continued on this accelerated path of improvement."

Recognizing the need in the area of science, the District prepared an academic improvement plan to address the instructional deficits at Pearce.

However, despite this pattern of achievement and improvement, and being projected to meet Federal Adequate Yearly Progress (AYP), TEA has determined that Pearce MS will again be rated AU because science results will not meet the standard for each student group.

In response to the Commissioner's decision, Board President Mark Williams stated, "I truly believe that the Commissioner's order to close Pearce Middle School is premature, especially in light of the academic progress made by the Pearce students this past year, along with the heightened engagement of the community and the opportunity for a new superintendent to take the next steps."

From the District's perspective, the late notification of the Commissioner's decision is of critical concern. The District had hoped for notification of TEA's decision in early June, as was the case with the notification on Johnston High School in 2008. Although TEA has offered to allow the District to submit a repurposing plan, the TEA has stated in the July 2 letter that "additional details are needed before a repurposing plan can be formally considered by the agency. Any plan to repurpose the campus must be approved by the agency before any instructional use may be made of the facility during the 2009-2010 school year." Other concerns include: less than 30 working days remain prior to the August reporting date for teachers, parents and students need to know now where students will attend school next year, and staffing decisions must be finalized now.

Superintendent Carstarphen says that her first priority is to make strategic decisions in the best interest of our students and families at Pearce and to communicate those decisions swiftly. She will be working with the Board of Trustees and the Pearce community to explore short- and long-term options to best meet the needs of students. The Superintendent expects to provide Trustees with options for consideration, including an administrative recommendation in the coming days. "The Board and community can anticipate that the administrative recommendation will be designed to stop the perceived cycle of failure and continuous uncertainty for students, families and staff at Pearce," Superintendent Carstarphen said.

In his letter to Superintendent Carstarphen, the Commissioner also addressed the accountability status of Reagan High School. Although Reagan students made significant academic improvement based upon preliminary 2009 TAKS results, Commissioner Scott also advised District officials the campus would again be rated /Academically Unacceptable/ this year.

While the campus will remain open, under the current leadership, the Commissioner ordered the District to contract for professional services to help improve student achievement in under-performing subject areas at Reagan, as well as provide for additional professional development.

The District was also directed to secure private tutorial or instructional services to assist Reagan students.

On the job for less than one week, the new Superintendent has pledged to do all within her power to stay focused on the students and measure any recommendation with them in mind. "I will do what is necessary to ensure the academic well-being of all students in AISD," said Carstarphen.

The Superintendent invites the public, especially students, parents and staff of Pearce, to attend a July 15 Community Meeting from 6:30 to 8:30 p.m. at the school, where she will talk through the options for the school. More details on this meeting will be made available in the near future.