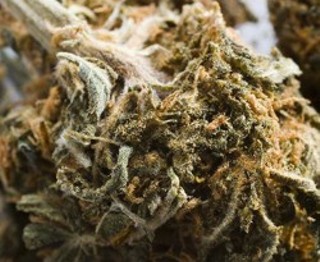 by Courtesy of DEA

U.S. Rep. Barney Frank, D-Mass., has renewed the call for more sensible federal pot policies, filing two bills: one that would ease penalties related to minor possession, and another that would ban the feds from interfering with medicinal use of the drug.

The Medical Marijuana Patient Protection Act (H.R. 2835), filed on June 11, would not only ban the feds from applying restrictions in the Controlled Substances Act to individuals using medi-pot in compliance with state law, but it would also do what pot-law reformers have been wanting for years: Move marijuana from CSA schedule I – the most restrictive – to schedule II, where many other prescription meds dwell.

The bill would also forbid the feds from meddling in pot growing operations sanctioned by law in any of the 13 states where medi-pot use is currently legal, and would prohibit the government from applying any FDA provision to restrict the use of medi-mari in states where it is legal. (The bill would not, however, affect any "Federal, State, or local law regulating or prohibiting smoking in public.")

To date 20 co-sponsors have signed on to the measure, including Texas' own Liberpublican Rep. Ron Paul.

The second measure, the Personal Use of Marijuana by Responsible Adults Act of 2009 (H.R. 2943), filed by Frank on June 18, would eliminate all federal criminal penalties associated with the possession of up to 3 ounces of pot by adults, as well as with the not-for-profit transfer between adults of up to one ounce of pot. The bill would provide for a $100 fine for anyone popped using pot in public. (Paul has already signed on as a co-sponsor of this measure, along with four other lawmakers.)

Advocates with the Marijuana Policy Project (which worked closely with lawmakers to craft the bills) and NORML are asking for help getting the message to Congress that these bills should pass: