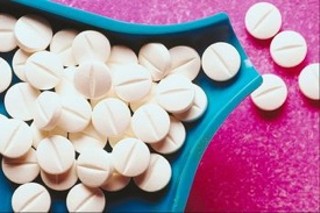 On June 25, the U.S. Supreme Court issued two rulings strengthening individual rights against state power. In the first, the court redefined the right of students to be free from unreasonable searches. In the second, the court reinforced the right of defendants to confront witnesses against them.

In the first case, an 8-1 ruling by the court means that school officials will likely find it more difficult to justify the strip searching of students suspected of carrying contraband.

In the case at hand, school officials at Stafford Middle School strip searched 13-year-old Savana Redding in 2003, after the principal got a tip that she might be carrying prescription strength ibuprofen and anti-inflammatory naproxen. After agreeing to having her backpack searched, the school principal, Kerry Wilson, ordered Redding to the nurse's office, where two other staff members ordered her to undress and then to "shake" out her bra, and to do the same thing with the elastic of her underpants, to prove she had no pills.

No pills were found.

Redding sued, arguing that the search ordered by the principal violated her Fourth Amendment right to be free from unreasonable search and seizure. Stafford United School District officials argued that the search was justified because public schools stand on the "front lines of a decades-long war" against drugs on campus. Being on the front lines means strict policies -- many of the zero tolerance kind -- are necessary. But Redding and her mother countered that the school had no cause to humiliate the 13-year-old in that way -- after the search, Redding, who had been an honor student with no disciplinary record, transferred to another school because she was so embarrassed by what had happened.

On June 25, the Supremes agreed with Redding. While it is true that school officials need only demonstrate a "reasonable suspicion" to justify a search (instead of the more rigorous probable cause standard), "the very fact" of a strip search supports "the treatment of such a search as categorically distinct, requiring distinct elements of justification on the part of school authorities for going beyond a search of outer clothing and belongings," Justice David Souter wrote for the court. In Redding's case, school officials did not have that justification. "Savana's subjective expectation of privacy against such a search is inherent in her account of it as embarrassing, frightening, and humiliating."

The "indignity of the search does not, of course, outlaw it, but it does implicate the rule of reasonableness," Souter wrote. Such an invasive search should be related "in scope" to the circumstances that "justified the interference in the first place." And in this case (Stafford USD v. Redding), the "content of the suspicion failed to match the degree of intrusion.

Justice Clarence Thomas dissented from the majority, ruling that he would allow the search of Redding's underwear. In its ruling the court has set a "vague and amorphous standard" for school administrators, and creates "deep intrusion into the administration of public schools," he wrote.

Thomas did agree with the majority (7-2) on a second point, however, which ruled that school officials are immune from a civil suit connected to the Redding search. The confusion about the standard for such searches meant that school officials could not have been expected to know that their actions were unjustified.

In the second case (Melendez-Diaz v. Massachusetts), the court ruled in an unconventional 5-4 split that criminal defendants have the right to cross examine in court the forensic scientists responsible for testing evidence.

In the case at hand, Luis Melendez-Diaz was arrested and charged with selling cocaine. Baggies containing what police believed to be coke were submitted to a state lab for chemical testing. At trial, prosecutors entered into evidence the baggies of coke along with three "certificates of analysis" which reported that the substance was cocaine along with the total weight of the drugs. Melendez-Diaz objected to the certificates being admitted as evidence however, arguing that the Confrontation Clause of the Sixth Amendment required the lab analysts to testify in person regarding their testing and the results they obtained.

The court overruled his objection, but the Supremes this week disagreed with that outcome, and reaffirmed a 2004 ruling (in Crawford v. Washington) that concluded that the only way to satisfy the Sixth Amendment is through actual confrontation. "In short...the analysts' affidavits" concerning the cocaine used as evidence against Melendez-Diaz "were testimonial statements, and the analysts were 'witnesses' for purposes of the Sixth Amendment," Justice Antonin Scalia wrote for the majority (joined by Justices John Paul Stevens, David Souter, Clarence Thomas and Ruth Bader Ginsburg). "Absent a showing that the analysts were unavailable to testify at trial and that [Melendez-Diaz] had a prior opportunity to cross-examine them, [he] was entitled to 'be confronted with' the analysts at trial."

While the state argued that the analysts' testimony is different, under the Sixth Amendment, from testimony "recounting historical events, which is 'prone to distortion or manipulation'" because it is the product of "neutral, scientific testing," Scalia's opinion rejects that conclusion, writing that forensic evidence "is not uniquely immune from the risk of manipulation." Scalia notes several recent studies (including the comprehensive report on forensic lab operations released earlier this year by the National Academy of Sciences) written on this very topic suggest strongly that forensic labs, and their employees, often administered by police agencies, are hardly immune from error or possible human manipulations. "A forensic analyst responding to a request from a law enforcement official may feel pressure -- or have an incentive -- to alter the evidence in a manner favorable to the prosecution," Scalia wrote. "Confrontation is one means of assuring accurate forensic analysis. While it is true...that an honest analyst will not alter his testimony when forced to confront the defendant...the same cannot be said of the fraudulent analyst."

In dissent, Justice Anthony Kennedy (joined by Chief Justice John Roberts and Justices Samuel Alito and Stephen Breyer) issued a testy retort, accusing the majority of "confidently disregarding a century of jurisprudence," and refusing to acknowledge the "real difference" between lab analysts and "more conventional witnesses."