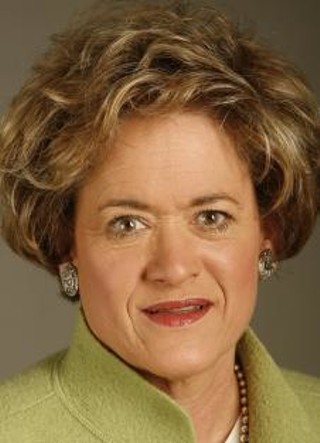 Travis Co. District Attorney Rosemary Lehmberg says DNA evidence is extremely important to have, to test, and to use, whenever possible. But, she said, her office is still considering the significance of DNA evidence found in connection with the infamous yogurt shop murders.

Last week, Joe James Sawyer, an attorney for yogurt shop defendant Robert Springsteen told reporters that prosecutors are ignoring the discovery of DNA that proves his client is innocent. Sawyer said also that he would be seeking a bond hearing in the hope of having Springsteen released from jail while awaiting retrial in the grisly 1991 quadruple murder.

At issue is male DNA found last year inside the youngest yogurt shop victim, 13-year-old Amy Ayers, that does not match any of the four original defendants -- Springsteen, Michael Scott, Maurice Pierce, and Forrest Welborn -- or anyone else known to be at the crime scene, inside a North Austin yogurt shop. Prosecutors requested the testing that first revealed the male DNA profile in March 2008, and since then both prosecutors and defense attorneys have sought further testing on that profile, and on other pieces of evidence found at the crime scene.

Defense attorneys say the additional testing has revealed at least one, if not two or possibly three, male DNA profiles. The discovery of the DNA, they say, proves that their clients are not guilty.

But Lehmberg isn't sure that's what the DNA suggests -- at least not yet -- but she says that testing available DNA is important to her office in this, and every other, case. "What I know right now from the expert we've hired is that we have one unknown male donor," she said. "It is unclear what the significance of some of the other tests are. There may or may not be, as the defense claims, more than one" donor. Indeed, right now, she said, there is still work to be done. "When, and we hope real soon, we know the [answers] we're seeking...we'll act accordingly," she said. "If that means going to trial with the evidence we have, we'll do that." However, she said, "if it leaves us in a situation where we have reasonable doubt, I'll step up and suggest a bond."

Lehmberg says that her office has in fact been in the forefront of using DNA evidence to prosecute cases, and has long sought to use DNA to exonerate the innocent. Indeed, Carlos Lavernia, who was convicted as the Barton Creek Rapist and sentenced to 99 years for a 1983 assault he did not commit, was ultimately exonerated after DNA cleared him in 2000. In that case, Lehmberg notes that the D.A.'s office worked with Austin Police to have DNA testing completed. "It is absolutely untrue that we discount the value of DNA evidence," Lehmberg said. "We test for DNA whenever we can, and we value it, [we] believe in it, and [we] use it."