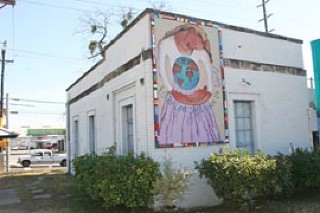 Family planning advocates are decrying a new state Senate budget rider that they say would dismantle a health care system that provides care for thousands of uninsured (and underinsured) Texas women. Senate budget rider 56, authored by Sen. Robert Deuell, R-Greenville, would direct the Dept. of State Health Services to award the more than $50 million in funds over the 2010-11 biennium solely to "public providers" of family planning services -- that is, county health departments -- and to "private and not-for-profit contractors" that provide "primary and preventative care" in addition to family planning services.

For many uninsured and poor women, family planning health services are the only medical care they receive. According to the Guttmacher Institute, 60% of women who access services at family planning clinics consider that their primary source of health care. Indeed, traditional family planning services reach far beyond merely providing access to contraception. In addition to annual gynecological exams, they regularly provide screenings for cervical and breast cancer, sexually transmitted diseases and HIV, diabetes, hypertension, and anemia.

This is the second time that Deuell has authored a budget rider diverting family planning money from traditional providers. In 2005, he offered another version of the current rider, diverting $10 million in funds to first fund Federally Qualified Health Centers, which provide a number of other primary care services in addition to family planning. While the idea was, in theory, a good one -- to expand access to comprehensive health care for poor and uninsured women, the rider did not have that effect. In 2005, before the rider took effect, the state's family planning program -- funded with federal tax dollars -- provided services to nearly 670,000 clients. In 2006, however, after the rider took effect, the number of clients served dropped to 442,000. The number of clients served each year has continued to decline, to less than 371,000 served last year. Meanwhile, the FQHCs have not been able to pick up the slack. Instead, there have not been enough FQHCs using the funding opportunity to spend the entire $10 million. As a result, the Centers have actually been returning millions in unspent funds to DSHS. As the number of clients served decreased from 2006 through 2008, the amount of Deuell's 2005 FQHC set-aside-funding returned to the state increased, from approximately $2.5 million in 2006 to just more than $4.2 million in 2008. Meanwhile, the number of women in need continues to grow: Under the current funding structure, just 17.5% of women in need of reproductive services are actually being served.

Despite that lack of success, Deuell -- who is also a medical doctor -- is back again, now proposing that the entire family-planning budget be granted to county health departments and other private and not-for-profit entities, including these same FQHCs. If Deuell's new rider were to become law, it would "literally devastate the family planning program in Texas," says Fran Hagerty, CEO of the Women's Health and Family Planning Association of Texas. "It would dismantle it from the inside out -- it would be a travesty."

Deuell's office did not return numerous calls requesting comment for this article. But Joe Pojman, executive director of the Austin-based anti-abortion Texas Alliance for Life says Deuell's rider 56 "would be excellent policy." The rider is really "in the best interest of women," offering access to one-stop comprehensive health care. For example, he said, if a woman were to go in for an exam and find out she had tuberculosis, she could get her TB treatment right there, without having to wait. And he doesn't think the system would have a problem absorbing the hundreds of thousands of women who would have to find new health care providers. "Typically providers expand to meet the need, especially when there are public funds available." In fact, he said, women would have the ability to be served at the office of "any primary physician." Pojman would not say whether he saw this as a way to defund Planned Parenthood, but said that he thinks that Planned Parenthood "does not serve women well."

What exactly that means isn't clear. Fully 97% of Planned Parenthood's services are for family planning and preventative care, says Sarah Wheat, the group's Central Texas vice president for community affairs. (Abortion-related services make up a small percentage of Planned Parenthood's business and, by law, are not paid for with public funds.) Wheat agrees that diverting the state's family planning budget would completely cripple a system that, at present, provides critical services to an otherwise under-served population. "It's just raw politics versus good policy," she said. Indeed, according to Hagerty, if the rider were to become law, the state's biggest providers of services would be cut off from funding. While her group represents nearly 100 family planning providers, the roughly two dozen that would likely be stripped of funding serve roughly half of the women that seek services each year.

Whether the rider will, in fact, take effect remains to be seen. By attaching the measure as a rider and not filing it as a bill, Deuell is able to avoid having it vetted by lawmakers outside of the Senate Finance Committee and can circumvent any public hearing or public comment. (Sources say that the move means that not even DSHS has an opportunity to weigh in on the measure and what effect it would have on health-care service delivery.) Traditionally, riders are meant to clarify details of funding directives and are not meant to make new law. But the new-law line is a gray area that often hinges on the interpretation of a committee chair -- in this case the chair of Senate Finance, Sen. Steve Ogden, R-Bryan, who has previously made it clear he is not a fan of a family planning system that grants funds to Planned Parenthood. (In 2003, Ogden joined with Sen. Tommy Williams, R-The Woodlands, to craft a rider that denied family planning to groups that also provide abortion -- read, Planned Parenthood. Planned Parenthood successfully sued and retained its funding.)

Nonetheless, it still isn't clear that Deuell's rider would pass legal muster, says Anne Dunkelberg, associate director of the Center for Public Policy Priorities. "I don't think it would be legal from the federal sense" to restrict the potential recipients of funds any further than do the federal agencies from which the funding comes. Texas' roughly $52 million in family planning funding comes from several federal revenue streams, including federal welfare dollars. In other words, it would not be legal for Texas to restrict federal family planning funding to exclude groups allowed to access that funding under federal rules. (Deuell avoided this pitfall with his 2005 FQHC rider because those centers were already eligible for funding under federal rules even though few previously sought the funding.) "It is very likely that it would not survive legal challenge," said Dunkelberg. "I also think that it would be flat bad for women's health. It would exclude a lot of providers beyond Planned Parenthood."