Democrats' point man thinks even some Republicans can't go for it 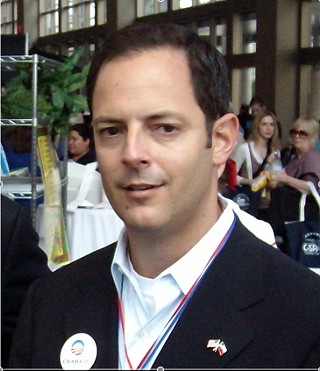 I just spoke to Rep. Rafael Anchia of Dallas, the Democrats’ point man on voter ID bills, and thinks that Sen. Troy Fraser’s SB 362, which passed the senate Wednesday morning after a 24-hour marathon committee hearing and debate, is dead in the water in the House.

I don’t think the Senate bill is going to pass the House. That is the worst kind of voter ID bill that you could send on over. That bill will definitely disenfranchise seniors, and people with disabilities, and ethnic and racial minorities. I worry very little that that bill is going to go anywhere in the House. They sent over a pretty stinky piece of legislation.

Senator Fraser’s bill is such a bad bill that there are probably a handful of Republicans who won’t vote for it either. I also think that the chair of the House Committee on Elections [Todd Smith, R-Bedford] doesn’t think much of the bill. That being said, he’s probably going to work on his own bill to send on over. And until I see that, I don’t know what its prospects for passage will look like.

The other bills that have been filed in the house are also bad bills, so I don’t think you’re going to have a majority of House members supporting those either. Effectively, they’re the same as the Mary Denny bill from 2005 and the Betty Brown bill from 2007. In some cases, they’re even worse than those bills.

LegeLand: Are there any Democrats you’re worried about?

Not vis-à-vis the bills we’re talking about. I could foresee a scenario where some things that benefit Democrats are included in the bill and I think that’ll make it more difficult to vote against, but all the bills we see out there right now are anathema to voting rights and I don’t see how anybody would support them.

I think the Fraser bill will die in committee. If you read the comments of the chair of the Election Committee, he’s sincerely interested in trying to pass something that brings people together. Now, the obstacle to that is the Democrats fear we will just get rolled on the House floor or in conference committee. Certainly in conference committee. And that’s why we’re going to endeavor to kill any voter ID bill, because it could just get loaded up on the House floor with bad amendments or having good things stripped out of the bill, or go to conference and have all the things we cared about get stripped out.

LegeLand: Does the fact that Leo Berman is no longer chair of the Elections Committee help?

I think Todd is much more sensitive to the fact that these voter suppression bills will disenfranchise folks. I believe that he is sincere when he acknowledges that. Rep. Berman was known to either engage in hyperbole or misstatement to achieve political ends on the bill. I don’t think Todd will do that.