Everything You Need to Know About Voter ID

A program to help guide you through Tuesday's Senate meeting 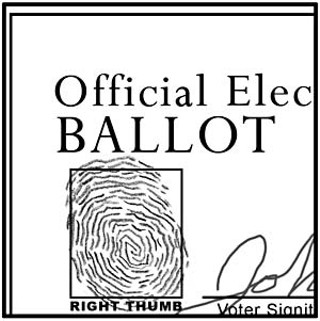 So if you more or less follow the Legislature, then you are probably aware: Tuesday morning at 9am, the Senate will consider a “voter ID” bill, SB 362 by Troy Fraser, R-Horseshoe Bay, and Craig Estes, R-Wichita Falls. And you probably realize there’s a lot of hubbub around it. But maybe you’re not clear on the details. Here are the major facts you need to know to understand what’s going down.

• Currently, the only form of identification needed to vote in Texas is a voter registration card. If a voter forgets it – as I did in this past election – then she may present a photo ID or various other forms of identifying documents (a passport, a utility bill, etc.) as proof of identity.
• SB 362 will change that: Now, a photo ID will be required in addition to the voter registration card. Failing that, the voter will need to present the registration card and two of the other types of identifying documents. Failing that, the voter may cast a provisional ballot, to be counted after the voter’s identity is verified.

The arguments
• Republicans insist this legislation is a critically needed to prevent voter fraud and protect the sanctity of the ballot box. They have raised the specter of armies of illegal aliens flooding our polling places and changing our election results, or citizens casting multiple votes. They have presented absolutely no proof that this is actually happening or in danger of happening.
• Democrats argue that the bill really will do little to prevent fraud, and is really an attempt to suppress Democratic turnout. The groups most likely to not have photo ID or the other acceptable forms of ID are the elderly, minorities, women, and the poor – groups that, not coincidentally, largely favor Democrats. If the need for the legislation is really so acute, then where is the fraud? Photo ID requirements would only prevent one specific type of fraud, voter impersonation – a type of fraud that has never been prosecuted in Texas and which hasn’t been prosecuted in the United States for more than 20 years. In short, it’s a solution in search of a problem.

How did we get here?
• Last session, a voter ID bill passed the House but was killed in the Senate via the “two-thirds rule,” a longstanding tradition requiring the support of two-thirds (21) of the senators before any bill may be brought to the floor for debate. There were only 20 Republicans in 2007, and Sen. Mario Gallegos, risking death after liver transplant surgery, laid on a cot in the Senate chambers to ensure the Democrats had sufficient numbers to block debate.
• To prevent a repeat of that defeat, the Senate Republicans made their first order of business this year … no, not health care, not the economy, not education … but rather, suspending the two-thirds rule specifically for voter ID bills. The suspension does not apply to any other bills. They held up the business of the Senate a whole day for this at the beginning of this session.

What will happen Tuesday
• Tuesday is not a floor vote. It’s a committee meeting. Rather than send the bill off to a relevant committee to be vetted, as is usually the case, the bill will be screened by the unusual process of a “committee of the whole,” meaning all 31 senators. Obviously, with 19 votes, the bill will then get sent to the floor for a vote, although probably not until Wednesday or later.
• Symbolic speeches. The Senate Democrats know they have no hope of stopping this bill in their chamber, so they mainly will try to make their case to the Texas public, who polls show are heavily supportive of photo ID, but aren’t necessarily aware of the difficulties some groups may have in obtaining needed documentation. Their real hope is in the House, where Republicans have a slim 76-74 majority and some GOPers have expressed doubts about Voter ID.
• Case-building. If this bill ultimately gets passed into law, it will likely be challenged in court or before the U.S. Justice Department. The Dems will try to trap the Republicans into admitting that this drive really isn’t about voter fraud, but preventing Democrats from voting. Any admission, inadvertent or otherwise, that the true motivations of this bill are to keep minorities out of the voting booth (and thus violate the Voting Rights Act) will surely end up as courtroom evidence.
• Examples of voter fraud that aren’t voter impersonation. Voter fraud does, in fact, occur. Rarely, but it does. If past history holds, the Republicans will whip out every example of voter fraud in Texas they can find as evidence of an “epidemic” that Voter ID can stamp out. My advice: Go place a bet with a bookie that none of them will be the specific type of fraud that Voter ID would supposedly address.

• Cost/benefit analysis. The Republicans will assert that “every vote is sacred,” and that just one improperly cast vote is too many. The Democrats will also argue that every vote is sacred – and that instituting this measure to catch fraudulent voting that isn’t occurring anyway is not worth blocking thousands of legitimate votes that ought to be cast.
• IDs can be faked. Remember this line from The Breakfast Club?: Andrew: “What do you need a fake I.D. for?” Brian: “So I can vote.” (Thanks to my wife for her encyclopedic pop-culture memory.) As the Department of Public Safety testified last year, many of the fakes are really well done, and it takes some professional training to spot them. At a Scholz Garten rally against the bill this past weekend, former poll worker Elaine Henderson told me, “This will slow down election day voting so much for poll workers to check this.” SB 362 makes no provisions to provide this training to Texas’ thousands of semi-volunteer poll workers or compensate the counties for this training.
• In fact, the fiscal note on the bill is allegedly zero, which frankly, is baloney. The 2007 bill had a note of hundreds of thousands of dollars.
• This is a revival of the poll tax. The bill provides that the DPS will provide a free photo ID if the person states that they are obtaining it solely to meet voter ID requirements, but make no mistake: obtaining any sort of photo ID incurs a cost that, if a person is poor enough, is still painful if not insurmountable. Remember, round-trip bus fare in this town is $1.50. And if you’re in a rural area and carless, well, good luck with the charity of others. And if you’re severely infirm, well, too bad.

Can it be stopped in the House?
• We thought the conventional wisdom was that the bill had no chance in the House. Indeed, just last week “Point Austin” columnist Michael King wrote, “it is certain to die an ignominious death in the closely divided House.” Democrats had a 10-seat deficit in the 2007 House, and last November, they closed it to two.
• But conversations with some House members has dented our confidence. A spokesman for Rep. Rafael Anchia of Dallas, the Democrats’ point man against Voter ID, told me he was still very concerned about Voter ID. At that aforementioned Scholz Garten rally, Austin Rep. Elliott Naishtat told me, “I’m worried about this legislation hitting the House floor, in that I’ve heard they may be some moderates on the Republican and Democrat side who are considering voting for it. These would be moderate Republicans and moderate Democrats in very closely contested districts. I hope that’s not the case.”
• The Democrats who sponsored the Scholz rally identified 11 representatives as potential swing votes: Republicans Tommy Merritt of Longview, Todd Smith of Bedford, Delwin Jones of Lubbock, and Speaker Joe Straus of San Antonio; and Democrats Allen Vaught of Dallas, Stephen Frost of New Boston, David Farabee of Wichita Falls, Joe Heflin of Crosbyton, Chuck Hopson of Jacksonville, Mark Homer of Paris, and Jim McReynolds of Lufkin.

One more thing I noticed
• If I’m reading this bill correctly, newcomers to Texas will no longer be allowed to use their out-of-state drivers license as proof of ID. The law currently allows for a Texas DPS-issued drivers license or personal ID card, “or a similar document issued to the person by an agency of another state.” SB 362 would eliminate that language. Federal-issued IDs would be okay, but I guess Yankee drivers licenses aren’t good enough in the Republic of Texas.

Stay tuned to LegeLand for updates. Or, if you have the stomach to actually view this travesty, it may be viewed on cable access channel 22, or online at www.senate.state.tx.us. Or if you’re off work, you may want to head down to the Capitol and watch it from the gallery, although you could end up shunted off to the overflow auditorium if turnout is heavy.