In this morning's Statesman editorial, the board dragged Council Member (and mayoral candidate) Lee Leffingwell over the coals by claiming that he wants to betray the city's incentive deals with local employers. They claim:

Leffingwell strongly supported a proposition last fall that would have forced the city to not honor its contract with the Domain for tax rebates.

Which is fine, except for one thing. It's completely untrue. Leffingwell was one of the biggest opponents of Proposition 2, so to say he supported it seems, well, a bit revisionist.

"I would drop the 'a bit,'" said Leffingwell's Chief of Staff Larry Schooler. "They wrote exactly the opposite of the truth." Schooler added, "[Leffingwell] was quoted in the paper in such a way that it made it seem like he was giving serious consideration to call Simon Properties and renegotiate the Domain deal, or Friday Night Lights or Samsung, and he has never said anything like that."

Leffingwell was actually one of the point man for the Keep Austin's Word Campaign, the group opposing Proposition 2: Change Austin, the spin-off group from Stop Domain Subsidies, calls him one of the "faces on the anti-Prop 2 campaign".

When it came to the Chapter 380 agreement for the Domain, what Leffingwell said at the time was, while he was not in favor of using this kind of agreement for this kind of development, a blanket ban on incentives for retail was a clumsy tool that would limit the council's ability to engage in economic development programs and could have serious unforeseen consequences. And, let's not forget, the rest of council and 52% of the electorate agreed with him.

The Daily Hustle: 12/15/10
Why is WTP4 bigger news than Leffingwell's election announcement? 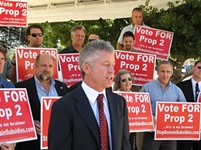 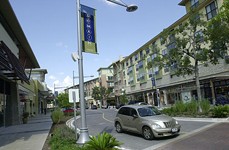