How Much, How Soon, And Who Spends It? 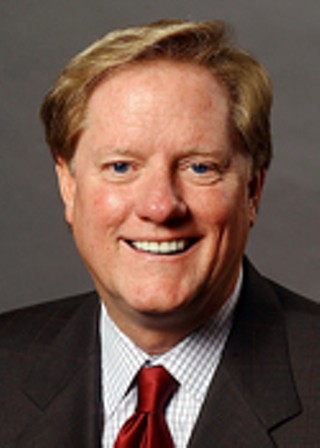 Chairman Pitts: Transparency is the keyword, but then again, dollars is dollars

If anyone thought that the terms of the federal stimulus cash are clear cut and "shovel ready," think again. Having cleared up which committees will deal with the money (basically, all of them) the House is stuck in a rolling debate about when they may find out how much they really have to play with.

Appropriations Chair Jim Pitts just said on the floor that he instructed his sub-committees to work on the state budget as per normal, with the normal funding sources, while the stimulus money will be ring-fenced as a "wish list."

This, he said, is supposed to provide transparency, but the on-going debate has now become about how the two funding sources will interplay, whether projects can be swapped between the two, and whether dealing with the federal cash as part of the 2010-11 biennial budget means that it won't actually be available until 2010, delaying any stimulative effects.

Seeking clarification, Rep. Sylvester Turner, D-Houston, asked whether this meant that the cash will come up separately to Senate Bill 1, the main budget. After some confusion, the broad strokes were laid out: Chairman Jim Dunnam's Select Committee on Federal Economic Stabilization Funding will continue talking to agencies on a "what we want and what we need" basis, while the appropriations sub-committees will work on the core budget as if the stimulus money isn't there, then work on a wish list of projects for the fed stimulus money. It will all be part of the final budget bill, but as Stimulus Sub-Committee Chair Myra Crownover put it, the shifting terms of the federal cash make it "a moving ball of wax."