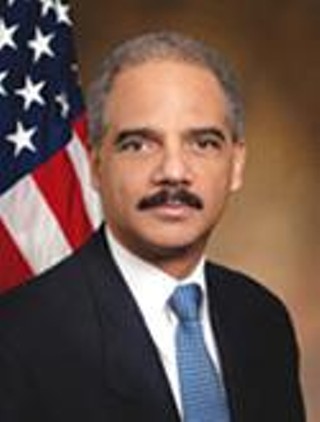 U.S. Attorney General Eric Holder on Feb. 25 told reporters that President Barack Obama's campaign promise to end raids of medi-pot patients and dispensaries in state's where use is legal is, in fact, U.S. policy.

In response to a reporter's question about the raids, which picked up again under the Drug Enforcement Administration leadership of acting administrator Michele Leonhart in the days just following Obama's inauguration, Holder said that promises will be kept: "What the president said during the campaign, you'll be surprised to know, will be consistent with what we'll be doing here in law enforcement," he said. "He was my boss during the campaign … [and he] is formally and technically and by law my boss now. So what he said during the campaign … is now American policy."

The press conference, aired on C-SPAN, was actually a joint presser with none other than the DEA's Leonhart, who was there to announce the results of a 21-month joint law enforcement investigation (called Operation Xcellerator) aimed at crippling the Mexican Sinaloa cartel. How Leonhart reacted to Holder's comments on the medi-pot issue, unfortunately, can't be seen in the C-SPAN video.

Meanwhile, however, according to Holder and Leonhart, Operation Xcellerator netted more than 700 arrests in numerous jurisdictions across the U.S., and in Canada and Mexico, and led to the seizure of millions worth of drugs. The operation has crippled the Mexican Sinaloa cartel, and has caused cocaine prices in the U.S. to double over the last two years, while purity has declined, Leonhart alleged. In all, officials seized 12,000 kilos of coke, 1200 pounds of meth, 1.3 million ecstasy pills, and 160 weapons, which Leonhart said were destined otherwise to end up in Mexico, where drug-related violence has increased dramatically.

Whether the cartel crackdown will actually have any effect on drug demand by U.S. consumers, of course, or on its trafficking, or on drug-related violence remains to be seen.