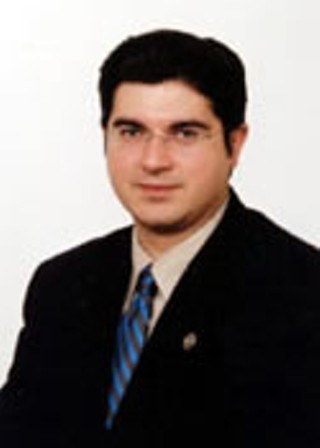 Although roughly $1 billion in taxpayer dollars has been spent nationwide to teach teens that abstinence is the only perfect method of birth control, ab-only sex education has had a dismal track record of success. Indeed, reviews of ab-only programs across the country demonstrate that the programs don't actually keep teens from having sex, but that they do, as Advocates for Youth found, "show some negative impacts on youth's willingness to use contraception, including condoms, to prevent negative sexual health outcomes related to sexual intercourse."

As a result of the rather crappy showing of ab-only sex ed programs, roughly two dozen states are now refusing to take federal funds to teach them, says Sarah Wheat, vice president of community affairs for Planned Parenthood of the Texas Capital Region. Texas, however, has continued to take the money and teach ab-only sex ed to teens. But Austin Dem Rep. Eddie Rodriguez would like to see that change. On Feb. 17, Rodriguez filed HB 1371, which would ban the state's Health and Human Services Commission from applying for or accepting federal funds available for an "educational or motivational program that does not include information about preventing pregnancy, sexually transmitted diseases, infection with [HIV], or [AIDS] through any means other than total abstinence from sexual activity."

The bill is in line with reproductive health advocates' desire to ensure that comprehensive sex ed is taught to students and that any sex ed curricula be medically-accurate -- a modest proposal, perhaps, but one that ab-only education has not exactly embraced. A 2004 study requested by U.S. Rep. Henry Waxman, D-Calif., revealed a host of problems with the most popular ab-only curricula: 80% of the curricula used by two-thirds of grantees contained a plethora of inaccuracies and distortions -- including, for example, that exposure to "sweat" and "tears" increases the risk of contracting HIV, and that "touching another person's genitals can result in pregnancy."

In 2009, Texas' Dept. of Health and Human Services budgeted $5.9 million for ab-only education, including roughly $570,000 in state funding. For 2010-2011, the department has budgeted just more than $572,000 in state funds to continue ab-only sex ed. The amount of federal funding that would be available for the program has yet to be determined.

Wheat hopes that lawmakers will see that spending money on ab-only ed isn't the best way to keep teens safe and healthy -- the inaccuracies in ab-only ed programs can, in fact, be deadly, she says. "Teens need to know how to be abstinent, but they also need to know how to be safe." And rejecting ab-only funds that prohibit teaching about safe sex is the responsible thing to do, she says. "We look forward to the day that Texas joins the list" of states rejecting ab-only funds and "stands up for our teens and making sure they're safe and healthy."