Some Chairs Are More Equal Than Others 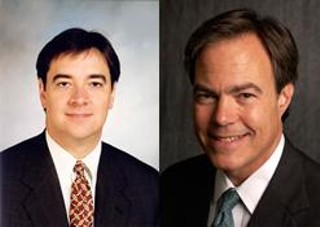 Have the wheels come off the Texas House of Representatives love bus already?

There have been rumblings that Democrats were less then happy that, while they got 16 of the 34 committee chairs, they were, well a little second-tier (Think Go-Bots to the Republicans' Transformers. Especially worrying for some is the fact that the Gang of 11, with all the big committees plus Calendars, are now basically the Constructicons and can become Devastator any time they feel like it.)

So this morning may have been a little test. Democratic Caucus Chair Jim Dunnam, D-Waco, decided to play Optimus Prime (or, depending on your point of view, Star Scream) when he made a parliamentary enquiry: Would it be possible, he asked, to take up a motion to discuss whether the House would "permit two members to voluntarily switch assignments if they want to?"

Slight problem there: Speaker Joe Straus' answer: "Not at this time." Or, in fact, at any time. Since building committees is a complicated balancing act, he wouldn't even hear a motion to that effect, even if they weren't seniority assignments and even if the majority of the body agreed with the motion.

Hmmm. The last person to refuse to hear a motion was Speaker Tom Craddick, so there's a little rumbling that Straus better prove he's not Old School House GOP in Disguise. To quote one source of the floor about the third time he refused to hear the motion, "You could have heard a pin drop."