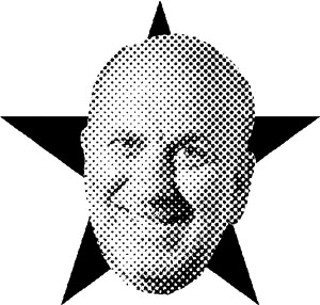 Texas Monthly founder and former publisher Mike Levy announced this week he would not run for mayor, ending speculation going back to September 2008.

Levy, who along with Monthly editor Gregory Curtis, sold the publication for $37 million in 1998, could have completely self-financed his campaign and added a fourth prominent name to the contest. In an email circulated Monday morning, Levy wrote that "doing what too many local politicians seem to be afraid to do … talking with a great many people and just listening to find out what they really want from their local government, and what their vision for Austin is," he learned "his candidacy would be more than just viable." However, Levy also said "very personal and family considerations, intensified by the recent death of my mother, have led me to the conclusion that I simply cannot make the commitment at this time to run and win, and to serve effectively." Levy's mother, Florence Ruth Levy, passed away Feb. 3 at, 94-years old.

We recently profiled Levy as part of our candidate round-up, Municipal Death Match. The full email after the jump.

Since September, I have been exploring the possibility of entering the campaign to be mayor of Austin.

I am driven by a passion for a city I have grown to love since moving here in 1969 -- a city that has been a great place to raise a family, a city that provided the environment for the creation of TEXAS MONTHLY, and by an increasing sense that local government has become out of touch with the more important needs and interests of the people of Austin.

I have spent a significant amount of time doing what too many local politicians seem to be afraid to do, which is talking with a great many people and just listening to find out what they really want from their local government, and what their vision for Austin is.

Operating on the premise that the purpose of government is to improve the lives of its citizens, these conversations have only served to convince me that local government simply is not working to serve the more important needs and interests of most citizens, especially those living paycheck to paycheck and in fear of losing those paychecks.

People have talked to me about everything from transportation to the economy and job creation to taxes to high electricity and water bills to the environment to their safety to neighborhood integrity to parks and libraries. But only 10% of registered voters in Austin vote in city elections - the other 90% not voting primarily because they believe city government doesn't work for them, and so naturally they don't bother voting.

I have heard great anger that so much attention and money, such as the high-ticket downtown trolley car system, are given to the downtown area at the expense of their neighborhoods.

People have an increasing understanding and frustration that noise from a few people makes a narrow issue a priority, and in a horrible budget year with significantly reduced revenues, citizens can see too many things are allowed to become a priority. The only true priorities now should be the City’s limited dollars focused on making basic city services as good as they can be, rather than being too responsive to the demands of single issue groups and downtown developers, many of whom have no interest in the concept of “the greater good of the entire community."

I have learned a lot in the last several months, including that my candidacy would be more than just viable.

But very personal and family considerations, intensified by the recent death of my mother, have led me to the conclusion that I simply cannot make the commitment at this time to run and win, and to serve effectively.

As a result of my direct interaction with so many people over the last months, I am much more committed to continue my own efforts, and to work with others, to make Austin a better place to live for all of its citizens, regardless of their zip code.

Being mayor of Austin at this critical juncture will be an enormous and very difficult responsibility to whomever gets the job. I wish that person the very best, which is what all of the people of Austin need and deserve.