If Kellogg's is going to dump Phelps, pot smokers are going to drop Kellogg's -- and all their munchie goodies 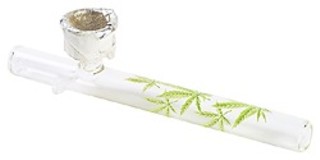 There is something slightly ironic about Kellogg's – home of Tony the Tiger and the Keebler Elves – dropping swimmer Michael Phelps as a pitchman because the 23-year-old was caught on film smoking pot. Please. Aside from children, the largest consumers of their products very well might be stoners.

I'm sick of hearing about how Phelps is a disappointment, etc., etc., because some jackass happened to take a photo of him with his head buried in a bong. First of all, does anyone think Phelps doesn't party? No. In fact, we know he does. After he won six gold medals in Athens in 2004 he got popped for drinking and driving. Frankly, I'd rather have him toking. But the problem, of course, is that pot is always illegal – and, according to the government, really, really, really bad for a person. Of course, the always-bad-for-you line takes a bit of a beating when you consider that the most winningest swimmer in history, Phelps, with his enormous lung capacity, seems to be able to toke and still swim pretty damn well.

In reaction to Kellogg's decision to dump Phelps, a handful of drug-policy reform groups (NORML, Students for Sensible Drug Policy, the Drug Policy Alliance, and the Marijuana Policy Project) are calling for a boycott of Kellogg's products until Phelps is back on board.

The problem, in part, says MPP Executive Director Rob Kampia, is that Kellogg's is acting hypocritically – they signed Phelps on after he was popped for drunk driving, which, apparently, they didn't have a problem with. "Kellogg's is telling young people that drunk driving is okay, but using a social relaxant that's safer than beer gets you fired," Kampia said. "That's not just outrageous, it's potentially lethal." Although boycotts can be hard to pull off, Kampia said, "the 100 million Americans who've made marijuana this nation's number one cash crop represent a lot of buying power – buying power that Kellogg's may wish it hadn't alienated."