Won't Somebody Think About the Children? 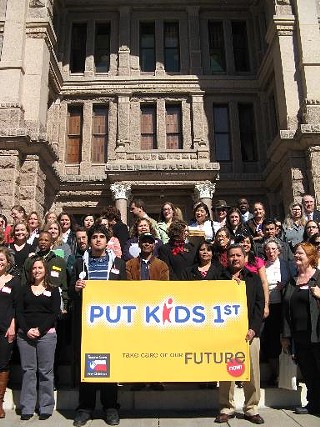 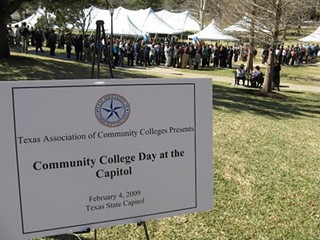 Lobbyists cost money: So while the legislature is still in the orientation stage, there's a lot of outreach from advocacy groups trying to make sure they don't get ignored during the session.

Today was a particularly busy day, especially for kids and the groups trying to get them some attention. The Texas Association of Community Colleges had the biggest presence around the Capitol with its Student Day, which included sending large numbers of well-briefed and well-dressed students to explain to legislators why community colleges are a good investment (considering how much lip-service is paid to using two-year academic institutions as a cost-effective entry to tertiary education, that may get a good reception.) They also had a trick up their sleeve: Free barbecue on the Capitol grounds, which is a great way to get staffers to turn up for your event.

Texans Care for Children may only have had bagged lunches for their volunteers: But they were hand-delivering letters from children to legislators and asking them to sign a "Put Kids First" policy pledge. Meanwhile their partners, Texas Network of Youth Services, had their Voices for Change day in the extension auditorium.

It was all so exciting that the Sweetwater Jaycees and their rattlesnake display almost went unnoticed (although they should not be mixed with children. Rattlers, that is.)

Of course, the sad truth is that a thousand reasoned discussions at the beginning of the session can be out-weighed by one angry voice in committee three months from now.