Evolution: Hanging On by Its Fingernails 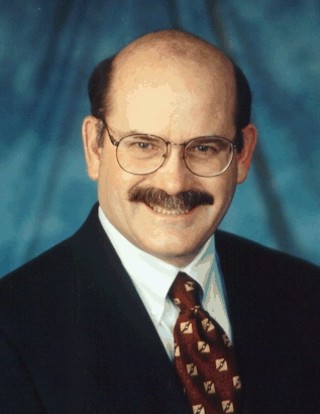 SBOE chair Don McLeroy: Apparently, being a dentist makes him more of an evolution expert than the world's most brilliant biologists

Just how close is Texas’ educational system to becoming a laughingstock like that of Kansas? Only a vote or two away.

Over the past three days, the State Board of Education’s meeting room Downtown has been the site of a bruising battle between scientists advocating for the theory of evolution versus supporters of intelligent design (aka creationism). The fight centered around the recommendation of scientific and education professionals to remove a requirement that the theory’s “strengths and weaknesses” be taught in Texas high schools, in favor of language requiring that students “evaluate and analyze” evolution.

Scientists wanted the language changed for two reasons: One, they argue, the theory has no real weaknesses and is as sound as the theory of gravity; two, “intelligent design” groups such as Seattle’s Discovery Institute in recent years have seized upon the “strengths and weaknesses” language as a wedge to push creationism into the classroom, or at the very least to cast doubts in youngsters’ minds about evolution.

On Thursday, the SBOE narrowly fended off an attempt to re-insert “strengths and weakness” on a 7-7 vote – a decision made all the more scary for evolutionists because one of their badly needed votes, board member Rene Nunez of El Paso, was mysteriously away from his seat when the motion was being debated.

That was a win for the science side, but setbacks came later: Board Chair Don McLeroy, a Bryan dentist, succeeded in getting narrower language passed (9-6) stating that teachers should examine the “sufficiency or insufficiency” of common ancestry to explain certain aspects of the fossil record. Barbara Cargill of The Woodlands narrowly passed a few amendments weakening language on teaching the history of the universe. (She failed, 7-7-1, to get the phrase “Big Bang” removed.)

The votes were part of a larger process of revising the state’s teaching requirements, known as the Texas Essential Knowledge and Skills. This week’s vote was a first reading; final passage will come in March.

While Democrats and moderate Republicans may be making up ground in the Texas Legislature, the SBOE is largely ignored by the broader electorate and has become a haven for religious fundamentalists to fly under the radar and get elected.

What did the board member from liberal Austin have to say about this week’s events? Nothing. There isn’t one. Conservative map-drawers years ago craftily carved Austin in half, putting north Travis County into District 10, which stretches out almost to Houston, and south Travis into District 5, which takes in the very conservative Hill Country. Thus, blue Austin (and, in a sick irony, the powerhouse science faculty of UT-Austin) is represented by two of the most rabidly anti-evolution board members: Dist. 5 has Ken Mercer of San Antonio, while the Dist. 10 chair is held by Richmond’s Cynthia Dunbar.

The latter made infamous headlines before the November election when she wrote an editorial titled “Martial Law Under an Obama Administration” for the Christian Worldview Network website and published a book calling public education a “subtly deceptive tool of perversion.”

More on this in next week’s print edition.

More State Board of Education