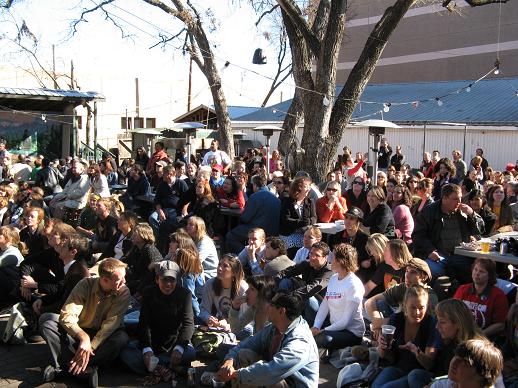 Austin's role in the elevation of President Barack Obama has yet to be measured, but the fact that he could walk into the heart of Bush country back in 2007 and hold a mass rally at Auditorium Shores showed the significance of his candidacy and its potential. Now the Texans for Obama faithful returned to Scholz Garten for the inauguration watch party this morning. There were boos for Dick Cheney, waves and a chorus of the old standby of "NaNaNaNa, NaNaNaNa, Hey Hey Hey, Goodbye" for soon-to-be Former President George W. Bush. Applause for the Clintons, bigger cheers for Vice-President Joe Biden, and of course a rousing welcome for the big-screen presence of the Obamas. After some giggles when the one-time constitutional lawyer was stuck with Chief Justice John Roberts flubbing the oath of office, the biggest responses were to his policy commitments: Respect for science, infrastructure investment, better market and governmental oversight, and the decision to "reject as false the choice between our safety and our ideals." Cue giggles when CNN cut to Former President George W. Bush at that moment. 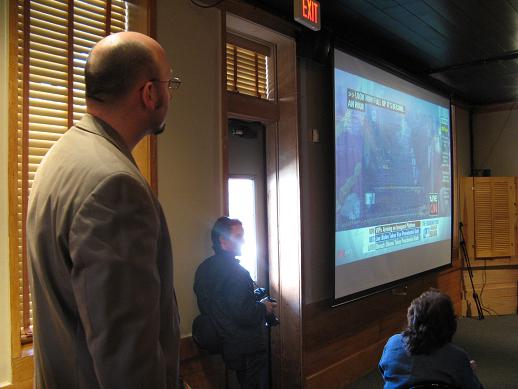 David Kobierowski, co-founder of Texans for Obama, called the event "a moment we've been waiting for for over two years. All the meetings, all the issues and policy get-togethers, it's all come together. This is a really emotional and powerful day for us."

Kobierowski passed up a couple of invites to D.C. (he demurred to answer who gave them to him). "This is where my heart is at. This is where we built Texans for Obama, and I wanted to be here locally, celebrating with Austinites." 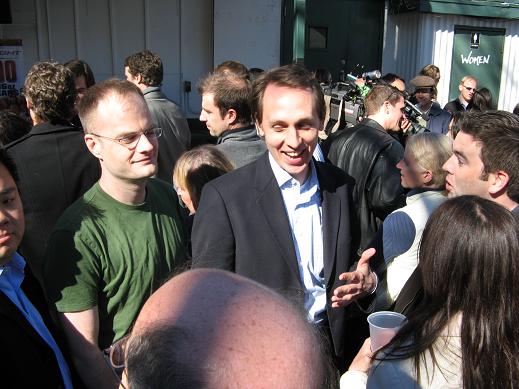 Travis County Democratic Party Chair Andy Brown dropped by to catch the event before this evening's big Farewell to Bush party at Antone's, and saw a rebirth for the party. "People sort of dropped off just after the election," he said. "I think they were sort of overwhelmed by it all. We had a couple of events that people weren't buying tickets for and no-one was volunteering for, but in the last couple of weeks they've come back and I feel like the energy now is almost as high as at the election. I think Obama's focus on volunteering is really hitting people."