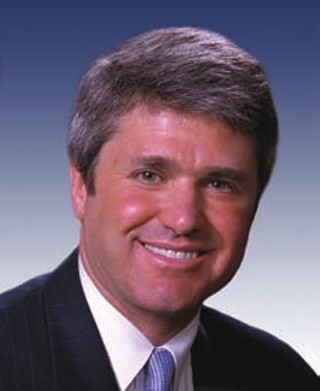 Quorum Report says that, according to "reliable sources," District 10 Congressman Michael McCaul is considering a run for Texas attorney general in 2010, an opening made possible by the likelihood that current AG Greg Abbott will run for either U.S. Senate or lieutenant governor that year.

District 10 runs from west and north Austin to northwestern Harris County, and was one of the districts radically reshaped by Tom DeLay's infamous 2003 gerrymandering.

McCaul was first elected in 2004. In 2008, he won re-election to a third term with 54% of the vote. He lives in west Austin, but his strongest base of support is in the Houston end of the district.