The U.S. Supreme Court has refused to hear an appeal from Garden Grove, Calif., challenging a lower court ruling that a medi-pot patient should get back his seized stash 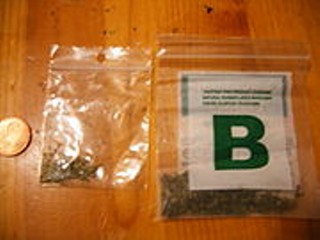 The U.S. Supreme Court has refused to hear an appeal of a 2007 California court ruling that concluded that the state's medi-pot law is not preempted by federal pot prohibition and that a local medi-pot patient should be given back his seized stash. Last November, the state's 4th Court of Appeals concluded that it is "not the job of the local police to enforce federal drug laws."

That ruling came in the case of Garden Grove, Calif., resident Felix Kha, who was pulled over in 2005 for a traffic violation and charged with possession of eight grams of pot even though Kha provided documentation that verified he was a medi-pot patient. An Orange Co. court later dismissed the charge and ordered police to return the seized pot to Kha. The city refused, and instead appealed the local court's ruling. Former California Attorney General Bill Lockyer filed an amicus brief with the court in defense of the state's medi-mari law and on Nov. 28, 2007, the Fourth Court ruled that due process demanded that Kha's pot should be returned to him. "[W]e are convinced by the Attorney General's argument that governmental subdivisions of the state are bound by the state's laws in this instance and must return materials the state considers legally possessed," the court wrote.

The city (and its amici) argued to the court that police are tasked with enforcing the "law of the land," including federal law and that forcing them to return Kha's pot would force them to violate the law – or worse, make them nothing more than drug dealers. The court was not impressed: "We appreciate these considerations and understand police officers at all levels of government have an interest in the interdiction of illegal drugs," the court wrote. "But it must be remembered it is not the job of the local police to enforce federal drug laws as such."

The California Supreme Court refused to hear Garden Grove's appeal and on Dec. 1, the U.S. Supremes also denied the appeal, leaving the appellate court's legal assessment in place. "It's now settled that state law enforcement officers cannot arrest medical marijuana patients or seize their medicine simply because they prefer the contrary federal law," said Joe Elford, chief legal counsel for Americans for Safe Access, a medi-pot-patient advocacy group that represented Kha. ASA considers the court's ruling in Kha's case a "landmark" one that will help for "better implementation" of medi-pot laws in each of the 13 states that have legalized the drug for sick people. "The source of local law enforcement's resistance to upholding state law is an outdated, harmful federal policy with regard to medical marijuana," said ASA spokesperson Kris Hermes. And the Supremes' rejection of the appeal "should send a message to the federal government that it's time to establish a compassionate policy more consistent with the 13 states that have adopted medical marijuana laws."

Not surprisingly, Lois Bobak, an attorney for Garden Grove told the Orange Co. Register it would be unwise to "read too much into" the Supremes' rejection of the case. And Garden Grove PD Lt. Dennis Ellsworth declined to say whether the department would "review its policies" to conform with the court opinion.