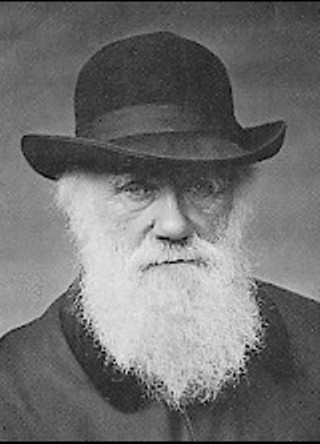 I’m currently in meeting of the State Board of Education, which in a minute will be taking public testimony on proposals to revise the Texas Essential Knowledge and Skills requirements on high school science classes. There is tremendous worry among supporters of the theory of evolution that the 15-member board, which is two-thirds Republican and has a major fundamentalist Christian faction, will try to push creationist/intelligent design ideas into school curricula. (The board is only scheduled to take public testimony today; a vote on the standards is not likely until the spring.)

The new tack of creationists in Texas is to point to a legal requirement that instructors teach the “strengths and weaknesses” of any theory. A seemingly sensible goal, except that many of the supposed “weaknesses” that creationists want to push are considered bogus by an overwhelming majority of the scientific community, and not legitimate scientific criticisms.

The defense of evolution is being led by the Texas Freedom Network, a nonpartisan nonprofit that fights for the separation of church and state, particularly against the religious right. In a press conference before the hearing, TFN’s Kathy Miller complained that the latest draft of the TEKS (not to be confused with the TAKS test) requirements became public only on Monday, and that, “The new draft standards for three of eight high school science courses … are a leap backward from a version proposed by teacher writing teams in September.

“All of a sudden, a new draft appears with loaded buzz words that evolution deniers have used repeatedly to launch phony attacks on evolution,” Miller said. “This raises serious questions about what and who is driving the process here. We hope writing teams will have an opportunity to fully discuss and reverse this troubling change.”

“Scientists have been crystal clear in explaining that these phony arguments against evolution are based on ideology, not science,” Miller said. “It’s like arguing that there are weaknesses or alternatives to gravity or that maybe Earth doesn’t really revolve around the sun after all. And the price for dumbing down the science curriculum will be paid by Texas kids who aren’t prepared to compete and succeed in the 21st century.”

“Acknowledging that we can never know everything there is to know about our world is not an argument for dismantling the things that we have been able to discern and prove about the world,” Rabbi Nancy Kasten of Dallas said, slamming the “weaknesses” idea. “Questions of theology, morality and faith can be addressed in public schools, but they should be separated from proven science and included in curricula that deal with theology, culture and other related topics.”

The anti-evolutionists have mobilized, as well. The Plano-based Free Market Foundation – and no, we’re not quite certain what the connection is between free markets and evolution – is here, and its director of legislative affairs, Jonathan Saenz, just handed me a frothing-at-the-mouth, and quite misleading, counterattack press release.

Saenz writes that the proposal before the board is to “eliminate a 20-year policy of teaching the strengths and weaknesses of all scientific theories. The recommendation is being veraciously [sic] supported by a radical left-wing organization that opposes academic freedom.” I’m guessing he means TFN. And I’m guessing he meant “voraciously”; “veraciously” would mean it’s being supported in truthful manner.

“I don’t know of any respectable scientist who would sacrifice the basic tenets in the progress of science for left wing ideology,” Saenz writes. “Saying you can’t teach the strengths and weaknesses of all scientific theories – that’s what science is all about – critical thinking and questioning. The Board is being asked to choose between free and scientific inquiry and censorship; that’s an easy choice.”

Saenz must not know many scientists, then. TFN just completed a survey of 464 biology and biological anthropologists faculty at 49 colleges and universities around Texas, and fully 95% of them are against teaching anything other than evolution in classrooms. And 98% of them reject intelligent design as valid science. (You can read the report on the survey at www.tfn.org.)

Expected to be a proponent of creationism is SBOE Dist. 10 (which includes the northern half of Travis County) representative Cynthia Dunbar of Richmond, who recently made headlines by writing for the Christian Worldview Network website that the next terrorist attack on the U.S., “will be a planned effort by those with whom Obama truly sympathizes to take down the America that is threat to tyranny." And she pushed the discredited claim that Obama was not born in America and is therefore ineligible to serve as president. Just so you know the kind of mindset that will be driving the discussion.

You may listen to live audio of the meeting here.

More State Board of Education