Could CD 10 race be affected? 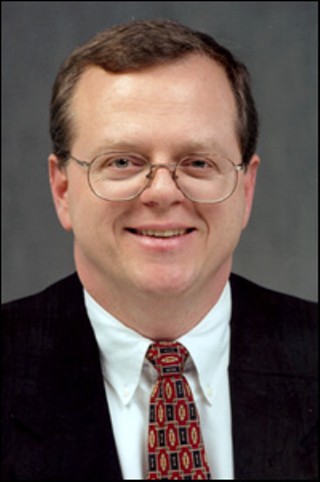 When the first day of early voting arrived on Monday, Bettencourt told The Houston Chronicle that 13,000 applications were still waiting to be processed. Bettencourt said that a lot of those were probably just unintended duplicates – but, the Chronicle noted, it obviously meant that some newly registered voters might show up and the polls and not find their names on the list of eligible voters.

This could have an affect on Austin, because Congressional District 10's voters are almost evenly split between Travis and Harris counties – and conventional wisdom says that many of the new registrants will favor Obama and other Democrats.

"If the reports are correct that the Harris County Tax Assessor Collector's office has 13,000 unprocessed voter applications – that is voter disenfranchisement," said Democratic CD 10 candidate Larry Joe Doherty. "It is a voter's civic right to register to vote and participate in the voting process, and it is intolerable that a branch of our government would prohibit that voter from casting a ballot to have their voice be heard and counted."

Back on Oct. 6, the final day of the voter registration deadline, KTRH radio in Houston quoted Bettencourt as saying, "The interest level in this election is not as high as people thought it would be" and his voter registration director, George Hammerline, said registration would be about the same as 2004 and commented, "Then you do start to wonder, maybe everyone that wanted to register is registered."

Those beliefs were wildly at odds with predictions here in Travis County, where Bettencourt's counterpart Dana DeBeauvoir predicted a "tsunami" of voters, and statewide, where Secretary of State Hope Andrade predicted "huge voter turnout." Ultimately, final registration in Harris County reached 1,940,356, a mere 0.2% over 2004, when other populous counties have seen substantial increases (Travis, for instance, is up 4.1%, Bexar rose 2.5%, and Tarrant climbed 4.4%, although Dallas dropped slightly.)

That was followed by a story on KHOU-TV wherein reporter Mark Greenblatt found 30 citizens who had their registrations rejected for mistakes – mistakes they said they didn't make. Frances Graham of Houston Votes said that of the 130 people she registered, more than one in three were similarly rejected.

Bettencourt dismissed Greenblatt's accusation by acknowledging that his office may have made mistakes, but telling him,"Sure it's twenty-five. Twenty-five out of 1.9 million [Harris County registrations]."

I just talked to Hammerline, and he said the 13,000 registrations hadn't been processed "because there are only so many hours in a day. We received 100,000 voter registration applications on the cutoff day and for two days afterward. We've been working 12 to 13 hours a day. And we had a backlog going into that.

"Nobody would have predicted you'd get 100,000 cards on cutoff day. We'd been working 10-hour days for three weeks before that. And we begged all the volunteer deputy voter registrars to bring their stuff in as soon as possible, and of course they all showed up on the last day, so that doesn't help things."

"Even the secretary of state's office was saying we're expecting a record turnout," countered Amber Moon, spokeswoman for the Harris County Democratic Party. "So rather than preparing his office for what's obviously going to be an increase because of the enthusiasm for this election, he stuck his head in the sand, because it's bad for Republicans that more people are registering, and Monday morning of early voting comes and 13,000 people aren't on the rolls.

"Paul Bettencourt has instilled a mentality in the voter registrar's office that it is incumbent on voters to prove that they have a right to vote," Moon continued, also mentioning Bettencourt's testimony at the Capitol this spring in favor of Voter ID laws, which Democrats claim would prevent many minorities and the elderly from voting, while doing little to combat fraud.

That, replies Hammerline, "is a patent, outrageous lie. I encourage anyone who says that to come watch us work. This idea that there's some black helicopter team is absurd.

"Now, if the spelling is to the point that it doesn't pass the secretary of state's check, then yeah, it's not going to happen. We type in the data as best we can read it. We're at the mercy of people's handwriting. That gets sent to the secretary of state. Then they bounce it against the [Department of Public Safety] file."

Hammerline said often names are mismatched or flipped, and "then we have to send a letter or call the applicant, saying the name didn't match. We feel sorry for people like that – the DPS is very inflexible about changing their database. … I do take offense when people think there is a conspiracy down here. Are we capable of mistyping something? Absolutely."