To McCain's Keating 5 scandal, that is 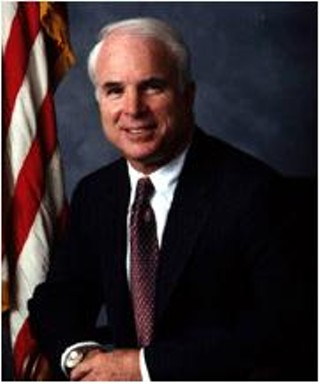 The scandal from which "Straight Talk" was born

The over-the-weekend announcement from the John McCain campaign that the gloves are off between him and Barack Obama (what, so practically accusing Obama of wanting to molest your kids is just beanbag?) has already reaped odious rewards – see the media attention lavished on Sarah Palin's ignominious announcement that Obama's taken to "palling around with terrorists," a reference to his acquaintance with Bill Ayers, former member of the Weather Underground, a radical group that did some bombings back when Obama was eight years old. But Ayers and others, like former pastor Jeremiah Wright, are old hat. These names were gurgling up back during the Dem primary – and look how that turned out. But there's one name that hasn't really surfaced yet – one that unquestionably speaks to a candidates darkest, most shameful moment in his career. That candidate, however, is John McCain, and that name is Charles Keating.

Keating oversaw the Lincoln Savings and Loan back in the 1980s, and like our current financial crisis, he used his customers' investments to bet on risky financial instruments that ultimately went belly up. The non-FDIC insured deposits were lost, wiping out tens of thousands of accounts, and costing the taxpayers billions. Again, like today, deregulation was responsible for the horrible financial mess – and it was John McCain who advocated for less and less oversight of his pal, investment partner, and donor Keating.

Sure, I could lay it out more for you, but Obama can do it better. Over the weekend, he launched KeatingEconomics.com, which witheringly lays out McCain's intervention on Keating's behalf. This is a dark page in McCain's career that he'd prefer to turn. But if McCain's talking about Obama's distant associates, can't Obama talk about Keating, who flew McCain on his private jet nine times, donated $166,000 to his campaign, and whose greed and shoddy accounting directly parallels our current market meltdown?

Here's a trailer for the Keating documentary Obama's assembled: 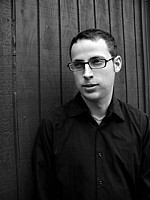 Silver and the Cloudy Future
Head of election prognosticators fivethirtyeight.com talks at SXSW about the limits of prediction

None Out of Three
McCain gets strange intro, you get a quick lesson in global religions