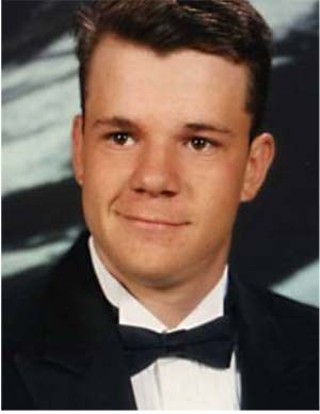 Jeff Wood (by Courtesy of Terri Been)

Just hours before his scheduled execution this evening, federal District Judge Orlando Garcia granted Jeffery Wood a 30-day stay of execution in order to give the court time to weigh Wood's claim that he is too impaired to be killed.

Wood was sentenced to die for the 1996 murder of his friend, Kerrville Texaco clerk Kris Keeran, even though he did not directly participate in the killing. The triggerman, Danny Reneau, was tried, convicted, and executed in 2006. But Wood faces the same fate because he was convicted under Texas' so-called "law of parties," which posits that if two or more people plan to commit one crime, but in the process commit another, all actors are equally responsible for the crime actually committed. This is a lower burden than the standard accomplice liability, which requires individual findings of intent. Under the LoP, however, the standard of proof is only that the crime committed was "foreseeable."

Wood was deemed incompetent to stand trial in 1997, because he was incapable of assisting in his defense. After a brief stay in a state hospital, where he was medicated, Wood was found competent to stand trial. Still, at the sentencing phase of his trial Wood tried to fire his attorneys and asked to represent himself -- a request that was ultimately denied by the trial judge, who found he wasn't up to the task. Nonetheless, Wood demanded that his attorneys neither cross examine witnesses nor put on any evidence of on his behalf, thus crippling their ability to show that Wood did not deserve death.

Wood's attorneys appealed to Texas' Court of Criminal Appeals to halt the execution and appoint an expert to assess Wood's mental health, but the court denied the motion. Still, today Judge Garcia intervened, opining that any system that would force a defendant to make a "substantial showing" that he is too mentally ill for execution without the aid of attorneys or a mental health expert is, "by definition, an insane system."

"We applaud the Federal District Court for upholding Jeff Wood's rudimentary due process right to have his competency evaluated," Andrea Keilen, executive director of the Texas Defender Service, and one of Wood's attorneys, said in a press statement.

You can read more about Wood's case here.