Support Our Troops – Plink a Quarter in Their Cup 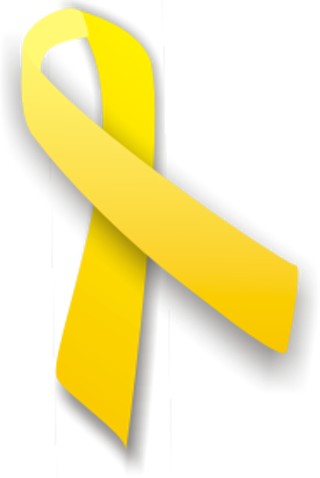 Debbie Russell, head of the Austin ACLU, is no stranger to controversy. She's recently unleashed a stream of seemingly well-founded invective regarding two issues related to homelessness in Austin: one, whether stepped up police focus on homelessness is the most effective use of resources, and two,the results of a controversial study commissioned by the city council to study panhandling in Austin.

A subtext to both missives is a discussion of what percentage of Austin homeless are veterans. Russell writes

"Command Sergeant Jim O' Leary … went a bit further in his assessment. After failing to correct a participant for touting that everyone should call 911 to report panhandlers (since the act of panhandling is not illegal), he dismissed a statistic offered by an audience member: that 25% of Austin's homeless population are veterans. This has been documented, and, in fact, Councilmember Lee Leffingwell noted such from the dais a few months ago during discussion of a panhandling survey. So is Cmdr. O'Leary calling the Councilmember a liar?

Anywho, vet homelessness emerged again with the panhandling study, where many respondents self-reported as vets. "A significant percentage of panhandlers are military veterans - 30% now (Cmdr. O'Leary, do you believe it yet?)," writes Russell.

Read both her missives after the jump.

Last Tuesday night I attended the South Central Commander's forum where Chief Acevedo spoke in fear-mongering tones about the homeless, panhandlers and drug users being the cause of the ills of our society and that Austin is a "magnet for the needy," suggesting we should deplete, rather than increase services. Meanwhile, according to sources, across town at the Northwest Commander's Forum, Command Sergeant Jim O' Leary was parroting this meme.

The Commander, though, went a bit further in his assessment...after failing to correct a participant for touting that everyone should call 911 to report panhandlers (since the act of panhandling is not illegal), he dismissed a statistic offered by an audience member: that 25% of Austin's homeless population are veterans. This has been documented,* and, in fact, Councilmember Lee Leffingwell noted such from the dais a few months ago during discussion of a panhandling survey. So is Cmdr. O'Leary calling the Councilmember a liar? He also spoke of former Cmbr. Kim's "flip-flopping" on the subject of an expanded solicitation ordinance, so it seems Cmdr. O'Leary is using his position to politic and lobby. As I recall...an officer's duty, while in uniform, is to enforce the law, not seek to change it.

Who is this man? Cmdr. James O' Leary, #854, former head of the Training Division, is known to many anti-war protesters as the vindictive initiator of the massive pepper-spraying of peaceful people on the sidewalk of the Congress Ave. bridge the night the war started,* and later introduced to the general public as the officer who was briefly suspended in 2006 for a drunk driving accident** (he was sentenced a $1000 fine and 1 year probation/no time served).

So, is this APD's official line? That we don't need to concern ourselves with the homeless population (other than by generally outlawing homelessness) because they don't believe that there are as many homeless veterans as studies say? And are we to only care about the homeless because of the percentage, whatever it is, of veterans within it? If not, then it sure seems the Chiefs need to realign their messaging on this point and properly address out-of-step Commanders who are already sullying APD with their past actions.

More to come on upside down police priorities and police-targeting of the most vulnerable and how that only perpetuates the problem.

* O’Leary’s quote: "I don't believe that; we all know how wrong those surveys are." There are varying statistics, but 25% seems to be the accepted figure, and is the one the City has touted repeatedly:

http://www.caction.org/Councils/CommunityCouncil/Presentations/CommPartnership_17March2008.pdf 640 homeless vets on any given day

** http://www.austinchronicle.com/gyrobase/Issue/column?oid=oid:339292 (the video shows a wild-eyed O'Leary, without warning or provocation, launching his pump-gun sprayer at folks including 2 disabled people, who were merely waiting for instruction since APD had been giving conflicting information to that point) *** http://www.ci.austin.tx.us/opm/downloads/Temporary_Suspension_OLeary.pdf

Taxpayers coughed up $48,000 for the City to hear what they've been told time and time again by countless groups and individuals:

1. Panhandlers are not criminals

2. People don't choose to solicit; it's a last resort

3. Barriers to employment are external, not internal, for the most part (lack of ID and living wages, etc.)

4. There are no "panhandler mafia rings" and they are not making $100s a day (are we really that desperate to shield ourselves from reality?)

5. A significant percentage of panhandlers are military veterans - 30% now (Cmdr. O'Leary, do you believe it yet?)

Advocates, City staff, and even a couple of councilmembers (and candidates) have maintained all of these facts to be the case prior to the approval of the survey, but (then-sitting) councilmembers still unanimously voted to fund it. Community Action Network's coalition of groups have done numerous studies and reports to validate all these points over the years (and with City staff, developed solutions that are not being implemented) and House the Homeless conducted a very similar survey just prior to this which had all the same findings. It's great UT students got an valuable assignment to apply towards their degree, but the City is not charged with providing college grants. $48,000 could have instead solved some of these issues by being applied towards:

Any one of these measures could have successfully taken people off the streets and in some cases, provided tools to keep them off. Let's hope during this budget process, as we take into account the economic downturn, Council becomes more strategic with it's spending.