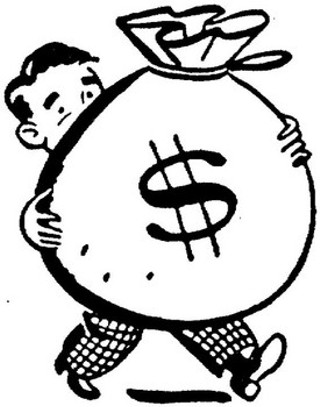 The budget process has changed under Marc Ott to become more open – traditionally called the City Manager's budget, Ott was quick to note "we've all had a hand" this year; is that to spread credit or blame? Still, some of the old razzle-dazzle persists – as this morning's reveal of the proposed 2008-09 City of Austin budget showed.

Take for instance the stage-managed closure of an earlier-predicted $25.3 million "budget gap". Budget Officer Greg Canally broke down the savings – aside from a $4.7 revenue increase, the city scraped $20.2 million in savings: $9.9 million in support and internal service savings (like keeping the transportation fund flat), plus $3.5 million in "corporate savings" for staff (like a 2.5% "pay for performance" raise for all city employees instead of 3.5%), and $6.8 million in savings across city departments, where citizens are most apt to feel them.

What are those departmental cuts? A freeze on 24 vacancies with Parks and Recreation, which may mean "minimal slippage'," according to Canally, on mowing and park clean-up. An EMS cadet academy isn't planned. And, surprising perhaps nobody, branch libraries could close possibly one day a week – yet Ott and Canally noted the proposal came from library director Brenda Branch herself, as part of a funds reallocation hiring more security, janitorial and maintenance teams, to keep libraries cleaner and safer. "Employees on a day to day basis feel unsafe," said Ott.

Peruse the budget here. After the fold, the city's press release.

The budget responds to community priorities with increased funding for additional police officers, social services and transportation and infrastructure improvements. It also adds money for growth planning and neighborhood initiatives.

City Council will review the proposed $2.8 billion with a series of sessions in August before final approval expected Sept. 8-10. The budget will take effect Oct. 1, 2008.

"Like most cities across the country, we continue to face increasing costs for services and more demands for quality programs in the face of an increasingly inadequate revenue base," City Manager Ott said. "In the future, we will continue to face higher energy and labor costs, aging infrastructure, as well as mobility and air quality issues from our continuing growth.

"Ultimately, these fiscal challenges will require City management, the City Council and citizens to engage in substantive discussions regarding revenue policy," Ott said.

The proposed budget calls for a 40.28-cent property tax rate per $100 assessed valuation, slightly lower than the current year rate of 40.34 cents. Austin has the lowest tax rate of any major city in Texas.

The Library Department proposes a reallocation of funding within the system to improve the security, cleanliness and overall quality of the City's libraries. This will be funded by closing branch libraries one day per week. By alternating these closures on Thursdays and Fridays, and by pairing locations in close proximity to each other, the impact on library customers will be minimized.

Most City employees, whether uniformed or non-uniformed, would receive a 2.5 percent wage increase under the proposal.

"We are confident that working together with our citizens, we can make this one of the most livable and best-managed cities in the country," Ott said. "That is my singular mission as your City Manager. It is my hope that we all feel fortunate to have the privilege to live, work and raise our families in a city that prides itself on pursuing the best in all things at all times."

To view the proposed budget and other budget information, check www.cityofaustin.org/budget.