Black Out of the Press Room 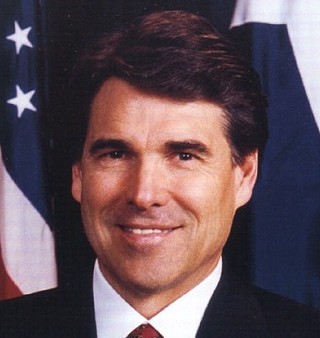 The list of Black's previous employers reads like a who's who of institutional Texas Republicans, including Attorney General Greg Abbott and Speaker Tom Craddick. But he really found his niche under Perry. In a gushy press release, Black said "Perry's tenure has been marked by bold ideas, unflinching actions and clear results," while Perry praised Black's "real talent for effectively communicating my long-term vision for Texas." Right. OK. Presumably neither is talking about the last legislative session, or Perry's 39% share in the last gubernatorial election.

Black is going off into private political communications consultancy (cha-ching!) come September. No word on his replacement, but since Perry has a long-standing habit of shifting people around within his kitchen cabinet, an in-house promotion would not be a shock.

See below the fold the full press release.

AUSTIN - Gov. Rick Perry's Director of Communications, Robert Black, today announced his departure from the governor's office to form his own consulting business. He will begin providing consulting services in September, specializing in public affairs, political and strategic communications.

"In a profession where decision making is too often determined by the fickle winds of popular opinion or the latest poll, it has been a privilege to work for Gov. Perry, who is willing to make the hard call and believes that leadership is not a popularity contest, but a moral responsibility," said Black. "Gov. Perry's tenure has been marked by bold ideas, unflinching actions and clear results, and I am proud to have played a small part."

"Robert has been an indispensable clear voice and trusted advisor in my administration, and has demonstrated a real talent for effectively communicating my long-term vision for Texas, crafting messages in the daily battle of a campaign and guiding media strategy," said Gov. Perry. "He is genuinely motivated by a deep love for Texas, and his advice and counsel in both the political arena and communications strategy will be greatly missed."

Black is a graduate of the University of Texas at San Antonio. He is the husband of Romina Black, the director of international protocol for the Texas Secretary of State, and father to son Camden (15 months) and daughter Cecily (1 month).