Galindo's weekend campaign mailer led with this inflammatory headline: "Pay a big tax just to sell your home?" The mailer states his opponent Laura Morrison is "for it" and Galindo is "against it." The only problem: No such municipal tax has ever been proposed.

What's actually going on? A broad-based city task force is meeting to work out a structure for a program that would encourage, and possibly in the future mandate, energy efficiency upgrades to existing homes, as an initiative of the Austin Climate Protection Plan. Council's goals: Reduce needless energy consumption, while lowering monthly homeowner utility bills. Within a few years, the up-front investment would pay for itself, then keep producing homeowner savings. A worthy, in-progress initiative – being sensationalized for campaign grist.

Below are the statements made on the Galindo mailer, and – based on data obtained through city staff – the actual current facts on the program.

Facts: No tax is proposed, or has ever been considered by the city. Home sellers would not be required to pay for any upgrades. Homeowners would be investing in their own house, not paying monies to the city.

Galindo Mailer: “Every home in Austin would have to pass a city energy efficiency inspection before it can be sold.”

Facts: The task force is considering a voluntary program only, initially. Homes would not have to pass an energy efficiency inspection. Sellers would be required to have an energy audit, and to provide that data to prospective buyers. Homes built in the last decade would be exempt.

Galindo Mailer: “Homeowners could be forced to spend thousands of dollars on new air conditioners and appliances.”

Facts: Expensive items like HVAC units and new windows would not be required. The program would prioritize low-cost improvements such as weather stripping and duct sealing. A spending cap of ½ of 1 percent of the sales price has been proposed ($923 for a median-priced home). A home buyer’s up-front investment would be offset by subsequent utility bill savings. Long-term, the upgrades would provide homeowners with continued monthly savings, reducing the cost of homeownership.

Galindo Mailer: “Waiting for the city to get around to inspecting a home would cost homeowners even more.”

Facts: As directed by city council, the task force is developing a program that would not hold up property closings. City inspections would not be required.

Galindo responded to the Chronicle: "I want everyone to understand the implications of the ideas being discussed and I do not believe there are factual inaccuracies in the materials my campaign sent out." 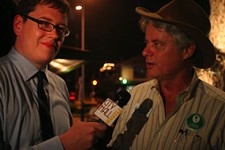 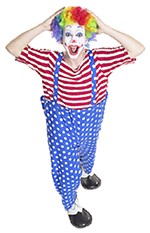