Don't Drink the Water and Don't Breathe the Air

Texas has had three new sites added to the Environmental Protection Agency's National Priorities List of of Superfund sites. This, according to the EPA press release, places them among "the most complex contaminated waste sites in the country."

So what makes them so grim? The Donna Reservoir and Canal System in Donna, Texas has "adverse levels of polychlorinated biphenyls" (the Texas Department of Health has banned fishing there since 1993 due to high PCB levels): the Midessa Ground Water Plume in Odessa has unsafe levels of chlorinated solvents; and the San Jacinto River Waste Pits in Harris County have elevated dioxin levels. None of which is good.

Before you start thinking, "Only three? That's not bad for a big state," take note. The EPA only added twelve sites nationally, and is taking public comment on adding two more from Texas: the Old Esco Manufacturing in Greenville and the Attebury Grain Storage Facility in Happy. 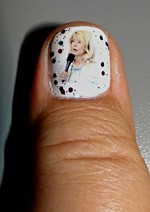