TYC: Getting Better, Not Better

Texas Youth Commission ombudsman tells legislators: having the tools to fix TYC is not the same as it being fixed.

"I've been testifying before this committee, so long it's like family time," Texas Youth Commission Ombudsman Will Herrell told the House Corrections Committee on Wednesday. They were meeting to discuss the sweeping reforms of the juvenile jails set in place under Senate Bill 103 last session, and Herrell's message was clear. The reforms were working, but that didn't mean they worked perfectly, and it definitely didn't mean the system was fixed.

Herrell stressed to the committee that his biggest task was site visits. However, he was somewhat hamstrung by the fact that, six months after he was appointed as ombudsman, he still hadn't hired his staff, and didn't even know where they would be based yet. He stressed the value of having people on the ground, noting that the recent closure of Coke County Juvenile Justice Center came about because of facts discovered during his visit, not from complaints. In fact, he was actually supposed to be visiting Coke County back in May when he met with the committee. He singled out facility's operators GEO Group for criticism, saying "They didn't cut corners, they didn't bother building the corners to cut."

There were serious worries about the state of the telephone complaint reporting system, with four different 800 numbers available: Herrell said he actually called them all, and found they weren't being staffed at all times. He'd also had reports that TYC staff would hang around the inmate phones, making children unwilling to call in.

For Herrell, the closure of Coke County proved that the ombudsman's office and the reforms coming from the TYC head office. But the closure, and the fact that it had still taken almost a year from the initial round of allegations for it to happen, proved there was a lot of work to be done.

TDCJ Violating Federal Drug Laws?
Could it be that prison officials have lying to the DEA? 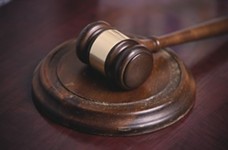