The Abbott and the Hare

Attorney General Greg Abbott issued a triumphant press release on Thursday that he had gained a permanent injunction against an unlicensed assisted living facility in Austin. “The Office of the Attorney General is committed to Texas seniors,” said Abbott. “Texans can rest assured that we will aggressively crack down on caregivers who violate the law.”

But let's check Merriam-Webster on that "aggressive" thing: "Marked by combative readiness … spreading rapidly." In October 2004, the Texas Department of Aging and Disability Services forwarded their files on Jeffery Duvall and Karl Like, responsible for Austin's Celebrate Life at Triple Oaks, to Abbott. DADS found four elderly residents in appalling conditions. One, according to Abbott, was kept in a sealed room with boarded-up windows. DADS closed the facility and moved the residents out, but has since informed Abbott that Duvall may have been running other unlicensed homes around the state.

Now, on the third anniversary of the original DADS inspection, there's finally a judgment. The Travis County District Court fined Duvall $72,000, plus $29,440 in attorneys’ fees and court costs, and bound him from running a similar facility until he gets a license. But three years? Where's the "combative readiness" and "spreading rapidly" there? 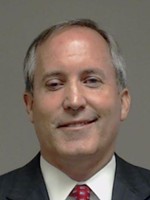 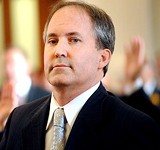