If you are at all familiar with the Chronicle’s "Reefer Madness" columns, then I guess you’ve probably figured out that I am a total hemp nut. Yes, it’s true; I’m crazy for the stuff. I’ve got hemp clothing that wears better than any cotton competitor; I’ve got hemp lotion, which is great and nongreasy – an important quality when you live in hot-as-the-sun-itself Texas; I use hemp oil in my cooking and sprinkle hemp nut – quite liberally – on almost everything I eat.

Given my affection for all things hemp, you can imagine how pleased I was to get an e-mail from the Canadian company Manitoba Harvest, announcing their newest hemp product, Hemp Bliss, the “world’s first certified organic hempmilk.” Yes, hempmilk; milk made from hemp seeds. Now, I know it may sound a little, well, um, hokey – hippie-dippy, even; like, peace-out, Moonbeam, and stick a flower in your hair. And, I’ll grant you, the words “hemp” and “milk,” together, don’t exactly trigger a grand epicurean salivation. For sure, it’s a word-combo problem that other products have faced – take soymilk, for example, or ricemilk. But don’t let the name hang you up, because the truth is this: Hempmilk tastes great. Seriously.

Where soymilks and ricemilks have failed, hempmilk succeeds. It’s thicker and richer than its milk substitute stepsiblings, and it doesn’t taste like it is actually trying, and failing, to approximate cow milk. Soymilk, for example, is just too thin – like some odd bean broth concoction; and ricemilk tastes like a strung out rice pudding intended for the Gerber infant food set. Neither gets me running for the fridge, and neither is getting anywhere near my cereal. And while I like plain old milk, I don’t drink it that much, mostly because it makes me feel like I’ve just downed a bottle of white school glue, which isn’t anything I like to do. Anymore.

To boot, Manitoba Harvest’s hempmilk is full of the stuff nutritionist types say are really good for us (if you actually care about such things) – including the Omega family of essential fatty acids (that’s Omega 3, 6, and 9); and the so-called “superfat,” Gamma Linolenic Acid (GLA), which, research suggests, actually helps to metabolize the other, crappy fats contained in a lot of processed foods.

In short, it’s good stuff. Check it out. 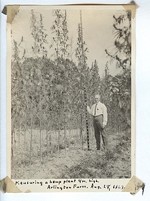 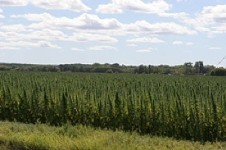