The Terror of Citizens Communications checks in from Big D.

By way of the Dallas Observer's Unfair Park via Austinist, we see that Jennifer Gale's bid to become Dallas' next mayor is picking up a little Internet steam:

That's courtesy of gay Republican Metroplex blog Captain Cox. Speaking of punchlines, this opportunity's as good as any to dust off our favorite Jennifer Gale factoid. From Wikipedia's entry on Leslie Cochran:

"In 2004, he challenged Jennifer Gale (a homeless transgendered individual and a fellow mayoral candidate) to a debate at the University of Texas student union on the topic of who should best represent the homeless. Gale declined to participate unless given $50 of food from the Wendy's restaurant inside the union. The event organizers declined." 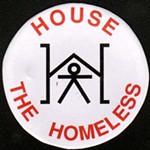