Lawyers for Anthony Graves on Dec. 21 fired back at Burleson Co. District Judge Reva Townslee Corbett, who, in an apparent screw you to the federal bench, the day before set a $1 million bond for Graves to be released from jail.

The 5th U.S. Circuit Court of Appeals in March overturned Graves’ 1994 capital murder conviction and death sentence, ruling that prosecutors withheld crucial exculpatory witness statements from Graves’ defenders. Graves has maintained his innocence, repeatedly saying he played no role in the 1992 murder of six people – including four children under 10 – in Burleson Co. Nonetheless, Graves was fingered as an accomplice to the murders by Robert Carter, who was also convicted and sentenced to death for the crime. However, Carter later recanted – shortly before he was executed in 2000 – saying that he had lied and that Graves was in fact innocent. Indeed, during a recent hearing regarding Graves’ impending retrial, one of the original investigators in the case, Texas Ranger Ray Coffman, testified for the first time ever that Carter told him several times during the original murder investigation that Graves was innocent. Sources told the Chronicle that Coffman further testified that he’d passed that information on to former Burleson District Attorney Charles Sebesta, who spearheaded Graves’ first trial.

In the wake of the Coffman’s witness stand revelations, Burleson Co. DA Renee Mueller on Dec. 18 stunned court watchers by filing a motion to voluntarily recuse the entire Burleson DA’s office from handling Graves’ retrial. Townslee Corbett granted that motion, meaning that to date there is no prosecutor handling the case. Meanwhile, also on Dec. 18, the 5th Circuit handed down a second ruling, denying a state motion that sought to keep Graves in jail without bond pending any retrial. The court did not buy the state’s argument that Graves, who has spent 12 years on death row, is too dangerous to release, and ordered the state to hold a bond hearing or to set Graves free by Jan. 4 on a $50K bond previously set U.S. District Judge Samuel Kent.

In the habeas writ filed in state district court on Dec. 21, Graves’ attorneys Jeff Blackburn, David Mullin and Nicole Casarez argue that Townslee Corbett thumbed her nose at the federal bench by setting the $1 million bond for Graves on her own without first notifying the defense or holding an evidentiary hearing, and before any prosecutor has been assigned to pick up the case where Mueller’s office dropped it. Townslee Corbett’s bond order “contains no facts, reasons, or conclusions about why the bond should be set at this amount,” reads the petition. “It stands in flagrant defiance of the decisions of the federal courts.”

Indeed, Graves’ attorneys argue that the bond is excessive – under no conceivable scenario would Graves be able to contemplate posting that high of a bond – and unlawful, set as a means to keep him behind bars and “to make it appear as if he is guilty of the crime he is charged with, thus depriving him of the right to a fair trial.” Moreover, while Townslee Corbett has instituted a sweeping gag order in the case – denying herself, the attorneys or even Graves the right to speak out about the case (possibly in violation of state law) – Graves’ lawyers contend that Townslee Corbett’s bond decision was, in essence, a way to speak publicly about the case, and as such is a violation of the gag order. “For the court to gag [Graves] and his advocates on the one hand and to speak to the public by setting an outrageous bond on the other violates Mr. Graves right to be judged fairly according to real evidence,” Graves’ attorneys wrote.

A hearing on the defense motion is set for Jan. 22. 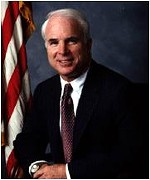