We received this note from a friend of OCEAN, the Organization of Central East Austin Neighborhoods this afternoon. Due to the timeliness of the notice, we're reprinting it below.

UPDATE: Question mark added to title. As a member of our news team writes, "They're in the very earliest stages of a public planning process to simply consider their alternatives. They are 6 -12 months away from taking a recommendation to their Board, as to whether or not it may make sense to redevelop the site. So it's no crisis," but your input will still prove valuable tonight.

The Housing Authority of the City of Austin has released plans to demolish the Thurmond Heights apartments, which is home to 144 low income families. The Housing Authority has indicated this is the first of several apartment complexes it plans to redevelop over the upcoming years as a mixed-income development, with no plans for 1-for-1 replacement of the affordable units. Lakeside Apartments in downtown Austin has been discussed as another development on the chopping block along with Chalmers in Central East Austin. Lakeside, by the way, which is reserved for seniors, is probably the last remaining affordable housing in downtown Austin for persons earning less than $24k/year – other than the homeless shelters.

Your attendance at one of these hearings is important. Our public housing authority provides homes for close to 2,000 families. Our community is already suffering from a loss of privately-owned affordable housing units (e.g., Stoneridge Apartments in the paper two weeks ago). We cannot stand to also lose our public housing units, which serve our lowest-income seniors, persons with disabilities, and other families most in need in our city. What happens at Thurmond Heights will set a huge precedent for Austin – and set a path for our housing authority to either continue or limit its mission of providing homes for these families.

More info to follow in December. I know you are all extremely busy, especially in December. Please do what you can to attend one of these public hearings. Also, please help by forwarding this to others concerned about affordable housing in Austin. Thank you! 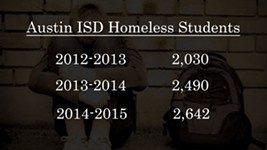 Time for Another Vote on Housing?
Council has until Aug. 26 to decide