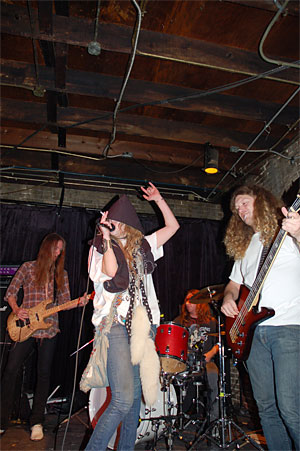 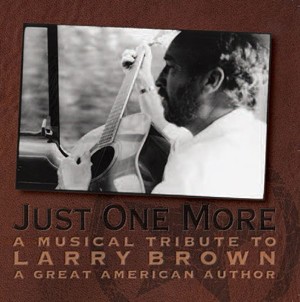 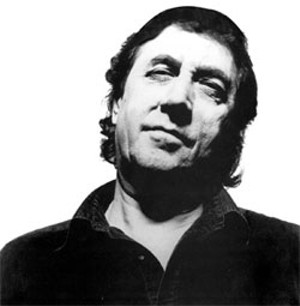 Bert Jansch to Play Houston
For those of you who like your folk baroque, Scottish guitarist Bert Jansch plays his only Texas show next Friday, June 8, at Houston's quirky Orange Show Center for Visionary Art. The former guitarist for British band Pentangle, Jansch was an influence on his own generation as well as ones to come. Jimmy Page admitted being "obsessed" with him, and his 2006 Drag City sleeper Black Swan featured Joanna Newsom and Devendra Banhart, as well as some of his best guitar work to date. Dude even just played with Pete Doherty. Jana Hunter opens. Doors at 8pm. 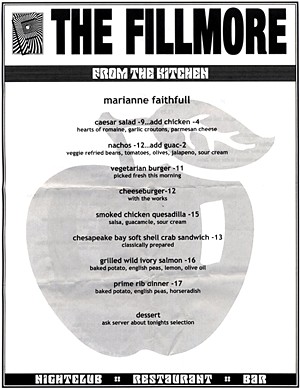 Making Out With Marianne Faithfull
Fog poured over the Berkeley hills like a waterfall as I drove through the Caldecott Tunnel last Saturday night. I took this as the best possible omen. Having grown up in the Bay area, I still get a certain … tingle from fog. You never know what’ll materialize out of it. By the time I was crossing the Bay Bridge, you could barely make out the San Francisco skyline. Ho, boy. Marianne Faithfull floated in there somewhere.

The Fillmore isn’t just another club. It’s perhaps the Great pyramid of live music venues. Save for the Beatles and Stones, the Fillmore birthed the big bang of Sixties emancipation. All of it, from Jimi Hendrix to Miles Davis. And there it still sits, on the corner of Geary and Fillmore. To walk up into the Fillmore is to enter the antechamber of Kings.

The tub of free apples remains at the top of the stairs inside, sometimes green, tonight red. Hippies got hungry back when tickets cost $8. (Tonight: $100 for two.) Pictures from rock & roll’s family album cover the walls floor to ceiling: Janis Joplin, the Who, and St. Jerry Garcia of the Second Staircase. Up another flight, the inner sanctum awaits. The Palace of the Legion of Honor, in the shadow of the Golden Gate Bridge further north, could house just such a hallowed room the same way the Metropolitan Museum of Art in NYC houses an entire Egyptian temple.

With a low, unceasing lysergic pulse, a first run of framed Fillmore posters covers every inch of the dining room’s sky-high walls. (More contemporary works finish out the back half of the hall.) The S.F. MoMa owns a series set, as should the Musée D’Orsay in Paris. These aren’t just telephone pole snags from 35, 40 years ago. The mind-expanding images of Wes Wilson, Bonnie MacLean, Lee Conklin, and the flying eyeball himself, Rick Griffin, are a singular movement in 20th century modern art, no less than the music screaming from their firework visuals. One stands in that room in humbled awe.

Sweat in Your Crack: The Schadentrack
Seeing Blue Cheer Sunday night – dressed like they should have been playing Bike Week in Daytona Beach, but still annihilating Emo’s through a cloud of smoke – proved there certainly may not be a cure for the summertime blues, but loud music definitely helps. If, like me, you don’t tan very well and festivals aren’t really your scene and you’ve got asthma, well, you’ll be spending most of your summer indoors. Here are some recommended summer jams.

The 2-disc Silver Monk Time: A Tribute to the Monks (Play Loud!), out in support of an upcoming documentary on the band, comes out June 19. Comprised of five American GIs stationed in Germany in 1964, including Texan Roger Johnston, they started out playing standard Brit rock. Then, as legend has it, singer Gary Burger stood his guitar against his amp during practice while he took a leak, and discovered their music would sound much cooler with feedback in it. Pair that with a live show where they sported monk haircuts and wore ropes around their necks, and there was really no other band like it in the mid-Sixties. Check standouts from the Fall (“Higgle-dy Piggle-dy”), Mouse on Mars (“Monks No Time”), Silver Apples with Alan Vega (“Silver Monk Time”), International Noise Conspiracy (“Shut Up”), and the Gossip (“Drunken Maria”). A few of the songs even include Burger. His duet with Faust works; his with Alec Empire is pretty bad.

NEWSLETTERS
Tool's San Antonio Schism
Expectations were high Monday night in San Antonio for the long-awaited return of Tool, who canceled two previous gigs due to a band injury and illness. My anticipation for the performance stretched back more than a year to the quartet’s warm-up gig at SMU’s McFarlin Auditorium, which a former collegiate associate of mine failed to acquire tickets for.

The rules for the evening were displayed like tombstones every 20 yards in the quarter mile stretch from the parking lot to the AT&T Center: No moshing. No crowd surfing. No cameras or recording devices. No matter.

The Sonic Youth-inspired instrumental noise from openers, Seattle’s Kinski, might as well have been elevator music. We wanted Tool. With the intermission music and the house lights on, Maynard James Keenan and company appeared nonchalantly on the stage. The normally cryptic lead singer, dressed like an urban outfitter with cowboy boots, a belt buckle, and cowboy hat atop his mohawk, addressed the apprehensive audience: “San Antonio, I swear you people have the worst luck. I’m not sure how to put this … I’ve got good news and I’ve got bad news. The good news is there is no bad news.”

Of course, he was lying. 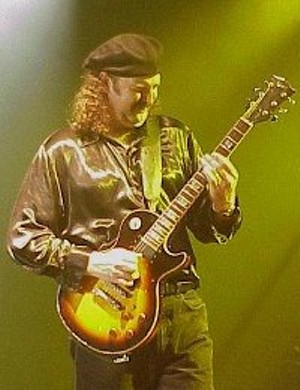 Slow Ride
Where were we in Houston when the poster for Foghat appeared, outside the Astrodome? I don't remember but I do remember Raoul and I were on our way to see the Stones. Once I saw the poster, I pitched a fit. "Fuck the Stones! I wanna see Foghat!" I can still see Raoul wincing at the wheel.

I was joking, of course. "Wild Horses" couldn't have gotten me away from my beloved Stones, not with backstage passes waiting for us. But somewhere in the back of my mind, the guitar crunch of "Slow Ride," with its corny oompah-oompah bass, began to compete with the strains of "Satisfaction." What do you do when you're a band whose hit-making years are at least a couple of decades behind you?

Bryan Bassett wasn't an original member of Foghat but he was a founder of Wild Cherry, whose "Play That Funky Music, White Boy" was a massive hit in 1976. Bassett played for Lonesome Dave's Foghat 1989-93 and rejoined them in 1999 as a permanent member. "Hired gun," he joked about his early status with the English band spun off from Savoy Brown and who produced a string of heavy blues-rock hits in the Seventies including "Fool for the City," "Slow Ride," and "I Just Wanna Make Love to You." More recently, Bassett stepped up as producer of Foghat's recent recordings and DVD. 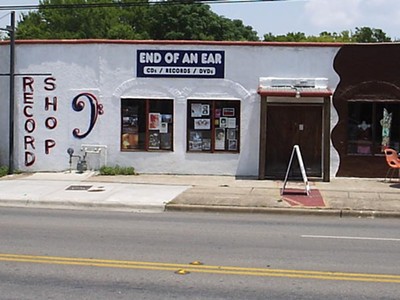 The Incredible Expanding Record Store
Good news for fans of South First vinyl/CD/DVD bunker End of an Ear. By the time their two-year anniversary rolls around June 23, they'll have expanded into Vanilla Girl next door. "She is just doing stuff online, the space came open, and we jumped on it," explains co-owner Dan Plunkett. "At first we can expand both the DVD and print stuff, and the CD sections in the main area of the store will grow. Eventually we will have the biggest selection of Turkish psych rock in Texas. Gotta aim small at first!"