No one but me remembers Manhunter’s end credits rolling Red 7’s “Heartbeat” – as opposed to Iron Butterfly’s “In-A-Gadda-Da-Vida” at the climax – but the film’s jolted blue chill and the song’s synthetic rigor mortis have fused in my audio-visual cortex no less than “Gimme Shelter” dropping in GoodFellas. Now, Dexter has skinned “Born Free.”

The Other Janis
During the summer of 1981, I shared a big house on Baylor Street with roommates, including Alice Berry. Alice would go on to play with El Vez, Hillbilly Frankenstein, and Clouseaux before she started teaching Spanish at a Houston school but back then she was into rockabilly.

Silver Anniversary
Did I really see people "rave" dancing last night at Silver Apples? Yes. Did Simeon Coxe look like an older Garth from Wayne's World? Yes. Clad in what I hope was a white wig and black-rimmed glasses, Coxe stood alone behind his kit, sampler on one side, oscillator on the other, a screen to his right split to show what both hands were doing.

Saturday Night Legends
Down at the Saxon Pub early Saturday evening, a quartet of music veterans known as the Dead Pyrates Society payed homage to old school rock. They’re seasoned rockers, all of them – tough as iron nails and hoisting the black flag in memory of those who’ve passed, including Bucky Ballard, Keith Ferguson, and Uncle John Turner. John Staehely’s presence is enough to give them platinum credentials – he’s played guitar with Bob Dylan, Spirit, Robert Palmer, and JoJo Gunne, which also featured the booming bass of Jimmie Randall, who’s played alongside drummer Mark Hamilton for years. Add a wise-cracking Keith Richards on guitar and what more could you ask for?

Cardiovascular Blues II
“I need to shave you,” he nodded, holding up a razor.

No kidding. A thick blanket across my chest and another across the shins left me a little… exposed through the middle. He looked down at me. I looked up at him. A woman in scrubs who seemed to have no purpose in this particular operation looked over his shoulder.

By this point, I really didn’t care anymore. They’d given me a Benadryl downstairs, shot me up with a narcotic here, then given me “something to make you forget.” Can I get a prescription for that last one later?

“Both sides,” added the attendant, lowering the blade.

The femoral artery needs only be tapped on one side of the groin in a cardiac catheterization, but I was no position to argue. And who the hell was this onlooker? You can have my phone number later, lady.

Morales played with old-school flair, influenced by the Mexican community he grew up in as well as the R&B bands of the Fifties and Sixties. That’s no surprise, since Clifford “Honkytonk” Scott was the one who inspired him to switch from alto to tenor sax. The resulting sound was unique in its soulfulness, exactly the touch Sahm loved to use in his various hybrids of rock, country, and blues.

Tonight at Antone’s is the tribute to Morales featuring the Westside Horns, Ruben Ramos, and Larry Lange & the Lonely Knights. Expect some mighty music as the Horns’ gorgeous reeds and brass meets Ramos’ silky Tejano sound and the Knights’ cuddle-up dance tunes. Doors at 7pm, music at 8pm. 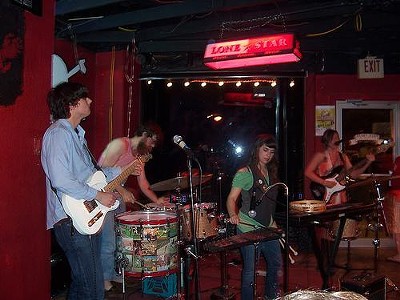 Cute Band Alert!
Even the name is cute. Composed of multi-instrumentalists Keith Poulson, Sherry LeBlanc, and Katie Birdseed, plus drummer Will Slack, the Hunnies are instant nostalgia for early Nineties boy/girl bands like the the Rondelles. Total pop bliss banged out of beat-up amps.

They met "through a series of bizarre coincidences where we all kept running into each other at unlikely places from 2001 to 2006, such as skating rinks, bus stops, New York City streets, and a Dairy Queen in Fort Stockton," explains Le Blanc.

Those coincidences led to a booking at the Parlor, which led to the slapdash formation of the group with original drummer Eric Loftis of the Booby Traps.

See what you hear tonight when they open for Peel and Prom Nite at Emo's. 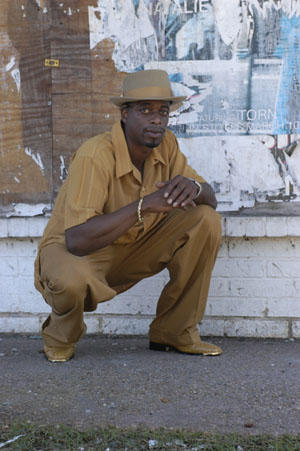 Gutta Gang, Devin the Dude, Chingo Bling, Gerald G, Bavu Blakes and many more are also scheduled to appear for this very worthy cause.

However, Bill will be back in town for his lady Joanna Newsom's just-announced Oct. 27 performance with the Austin Symphony Orchestra at the Riverbend Centre. Tickets for that show go on sale Thursday through Front Gate outlets.